Heavy security deployment ahead of Gyanvapi mosque survey in Varanasi

The mosque is located close to the iconic Kashi Vishwanath temple 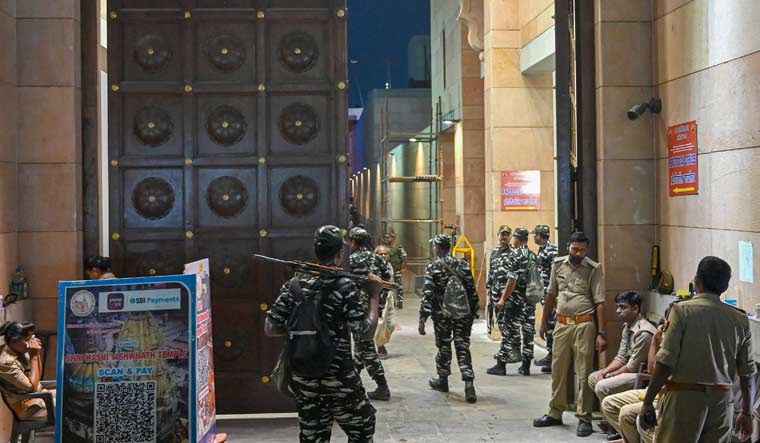 Ahead of the survey at Gyanvapi mosque, heavy police personnel have been deployed in the area around the mosque in Varanasi. Shops in the 500m radius have been closed, as videography survey of the mosque is all set to begin, news agency ANI reported.

The videography survey of the Gyanvapi Masjid complex in Varanasi resumed on Saturday amid tight security arrangements. The mosque management committee has indicated that it will cooperate for now with the team assigned the task by a local court.

The mosque is located close to the iconic Kashi Vishwanath temple and the local court is hearing a plea by a group of women seeking permission for daily prayers before the idols on its outer walls. An important meeting was held with all parties concerned on Friday, Sharma had said earlier, and added that an appeal was made to them to cooperate in the commission's work and the maintenance of law and order. Police Commissioner of Varanasi A. Satish Ganesh also told PTI that the survey has started.

In his order on Thursday, District Civil Court (Senior Division) judge Ravi Kumar Diwakar had turned down a plea by the mosque committee to replace Ajay Kumar Mishra, who was appointed advocate commissioner by him to survey the Gyanvapi-Gauri Shringar complex.