Ambur Biryani Tiruvizha 2022 was to begin on Friday 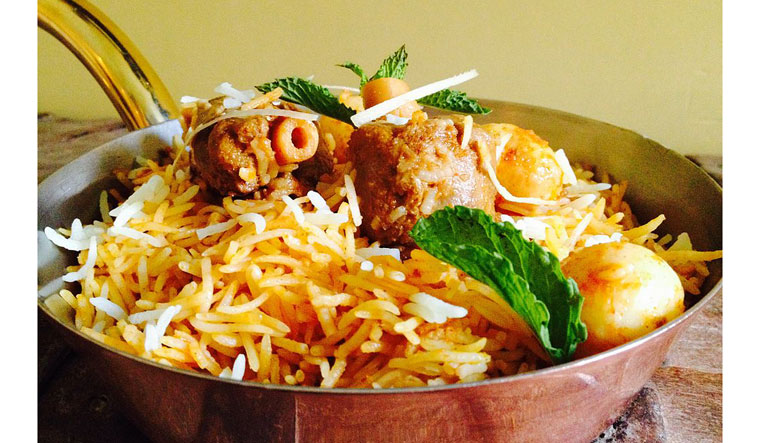 The Tirupattur district administration announced on Thursday that it was postponing a three-day biryani festival that was to begin on Friday.

The administration attributed the postponement to forecast of heavy rains. It claimed it would meet officials to discuss a new time and date for the event.

The Ambur region in the district is famous for its distinctive biryanis made using seeraga samba rice. Giving details about the event last week, Tirupattur district collector Amar Kushwaha told The New Indian Express “the district can get the 'Geographical Indication' (GI) tag for the Ambur biryani if we document the festival and submit the same to the government”. He cited the examples of Spain's tomato festival and Rajasthan's Pushkar festival.

The Ambur biryani festival was expected to have up to 50 stalls serving biryanis made using chicken, mutton, fish and prawn. However, the exclusion of beef and pork from the event had raised hackles. Kushwaha had told beef and pork were not included to avoid offending sentiments of local residents.

The administration's restrictions had drawn criticism from dalit and Muslim groups and even the Viduthalai Chiruthaigal Katch (VCK), an ally of the ruling DMK. The Hindutva outfit Hindu Munanni also opposed the event.

The Times of India reported “VCK and other political parties decided to put up a stall outside the venue of the biryani festival and distribute free beef biryani to the public. The Hindu Munnani petitioned district authorities to ban the festival as 'it went against our tradition'.”

The Tamil Nadu State Commission for SCs and STs on Thursday issued a notice to the Tirupattur district administration, calling the ban on beef and pork a form of discrimination against the SC/ST community and Muslims.

Kushwaha declared the notice was “null and void” as the festival had been postponed, The Hindu reported.