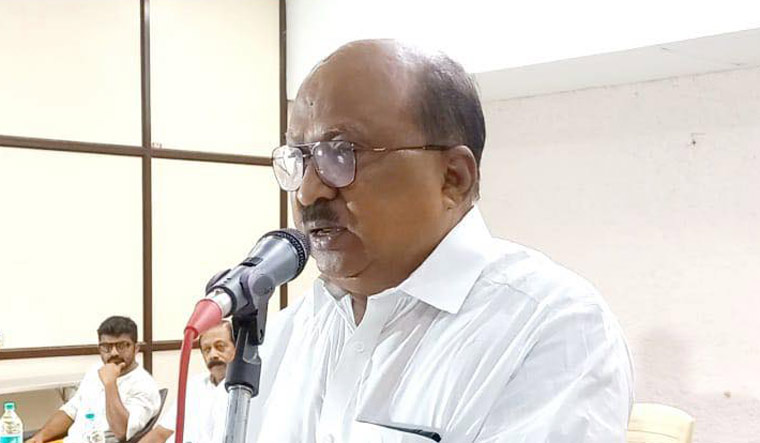 He said Thomas was expelled from the party with the consent of the AICC.

Party sources in Thiruvananthapuram said Sudhakaran made the announcement in Udaipur in Rajasthan, where the Congress's three-day 'Chintan Shivir', a brainstorming session, is starting on Friday.

The party took action against Thomas hours after the veteran shared the stage with CPI(M) leader and Kerala Chief Minister Pinarayi VIjayan in a bypoll meeting of the Left Democratic Front in Kochi.

The senior AICC member, who had been at loggerheads with the party's state leadership, on Wednesday said he would campaign for the ruling LDF candidate Jo Joseph in the upcoming bypoll in the Thrikkakara Assembly constituency.

He, however, had reiterated that he would not quit the Congress.

Addressing a press conference in Kochi, Thomas had said, “I am always a Congressman I will neither quit the Congress nor join any other party. I am taking part in the LDF's poll campaign also as a Congressman.”

He had earlier attended a seminar organised as part of the CPI (M) party congress in April, in defiance of a party diktat.