Describes his arrest last week as being illegal 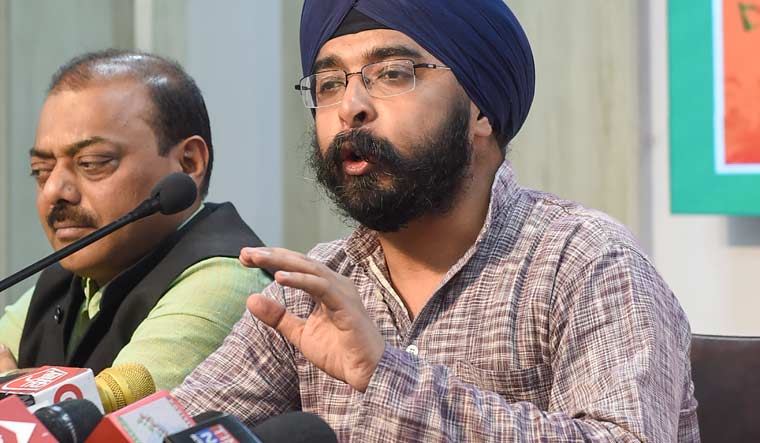 Bagga addressed a press conference in Delhi on Wednesday. He rejected the charge he threatened Kejriwal. Bagga was quoted by ANI as saying “I had said that if you [Kejriwal] don’t apologise for insulting the Kashmiri Pandits, then we will not let you live peacefully. Is this a threat to his life? Arvind Kejriwal, who wanted to show his might, has been given a resounding slap by the High Court.”

On Tuesday, the Punjab and Haryana High Court granted Bagga interim protection until July 6 against arrest in the case by the Punjab Police.

Bagga declared Kejriwal was using the Punjab Police to target him. “The country used to salute the Punjab Police that had defeated Khalistan. The same police have been given the job of arresting people who tweet against Kejriwal because he is scared of the tweets. I would not be scared and continue asking questions,” he was quoted as saying by ANI.

Bagga emphasised “I will continue to ask Kejriwal questions whether one or 1,000 cases are registered against me.”

Bagga alleged Kejriwal was shielding people accused of involvement in the Punjab sacrilege case in 2015. “When would you put the perpetrators of Guru Granth Sahib sacrilege incident [in jail]? Kejriwal is shielding them purposely. His own MLA Kanwar Pal Singh, who was a part of the SIT, has alleged this . The same SIT that was shielding the culprits, he had resigned from that SIT. Kejriwal used to say that following the report, the culprits could be jailed within 24 hours. Kanwar Pal Singh said that the officers who shielded the culprits were promoted after AAP came to power in Punjab. The assistant CM and half CM (reference to Bhagwant Mann) is not able to do anything,” Bagga said.