Five other members of the outfit's apex body arrested 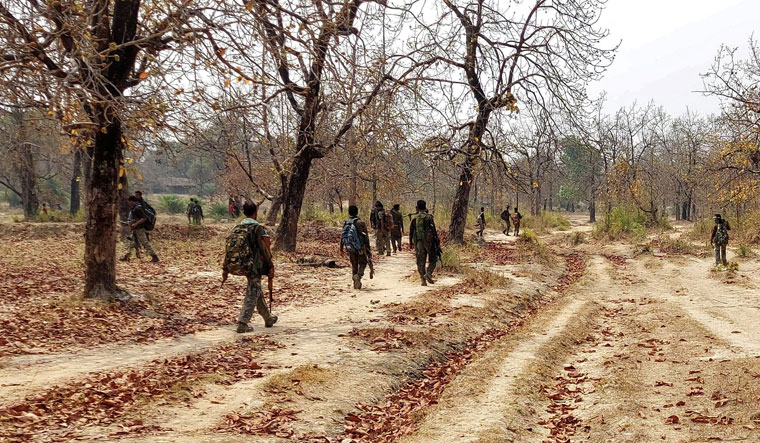 The banned CPI(Maoist) has faced its biggest setback in recent times with security agencies informing the Union home ministry that eight central committee members have been neutralised in last nine months. This makes up for one third of the total strength of the apex policy making body of the outfit. Five other central committee members were arrested in Jharkhand, Bihar, Assam and Kerala, based on months-long intelligence operations.

Intelligence officials said the losses have lent a psychological blow to the outfit. It began with arrest of Prashant Bose alias Kishanda, a politburo member and second in the Maoist hierarchy, by Jharkhand police last year. He was heading the eastern zone and had remained elusive for over forty years. He was arrested  along with his wife and central committee member Sheela Marandi. Prashant Bose was also guiding efforts of the outfit to revive overground activity in northern parts of the country .

Subsequently, Kanchan alias Jyoteesh, another central committee member  was arrested by Assam police—a significant setback to the outfit since he had been especially sent from Jharkhand to Assam in 2019 to revive party activities in the state and was active in setting up secret cells and frontal organisations, said intelligence sources.

Kanchan had also been evading arrest for decades. Prior to his arrest, his real name was believed to be Ranjit Bose, but was discovered to be Arun Bhattacharjee on arrest.

Another CCM, Mithilesh Mehta alias Bhikariji, who was leading the party in Western Jharkhand from his base at Burha Pahar was arrested in Bihar. He had rejoined the outfit in 2018 soon after being released from prison after eleven years. Meanwhile, B.G. Krishnamurthy, the CCM heading the outfit at the Kerala-KarnatakaTamil Nadu tri-junction, was arrested on the Kerala-Karnataka border. Further, Milind Teltumbde (CCM), who was leading the expansion efforts of the outfit at the Madhya Pradesh-Maharashtra-Chhattisgarh tri-junction died in an encounter with Maharashtra police, the first death of a CCM in an encounter since 2016.

Two CCMs, Akkiraju Hargopal alias RK and Yapa Narayan Rao alias Haribhushan died in the jungles on account of medical ailments and reluctance of senior leaders of the outfit to venture into urban areas for fear of arrest.

Home ministry officials said the loss of senior Maoist leaders has created a leadership vacuum in the outfit. The government is hoping that in the absence of a credible second rung leadership and the extension of the security grid in the left wing extremism theatre, it will be able to disconnect the Maoist movement from the local population in all regions barring Chhattisgarh.

“Even there, security forces have now reached areas, which were regarded as Maoist strongholds,” said an official.

In another positive development, the states which have been gathering funds from the Centre to fight Maoist extremism have also admitted that the number of Maoist-affected police stations and districts has reduced significantly to 191 and 46 respectively, in 2021, compared to 464 and 95 in 2010, while Maoist-inflicted killings have fallen by 80 percent to under 200 per year.

The level of violence perpetrated by Maoists has reduced to a 35-year low, claimed an MHA document.

Security sources said that besides an ageing leadership, the Maoist leaders are feeling ethically and linguistically isolated from other regions, given their Andhra-origins and absence of new recruits. Drastically reduced recruitment has depleted its strength, said a counter terror official working in Chhattisgarh .

The government is now focussing on increasing the presence of security forces' camps and neutralising their primary logistics supply chains and funding and courier networks.

A high-level review was done by the MHA recently on the National Policy Action Plan which was initiated in 2015 and strengthened in 2019. The plan was to create jungle-warfare equipped anti-Maoist forces in States, surrender, rehabilitation plans and enhancing mobility of security forces .