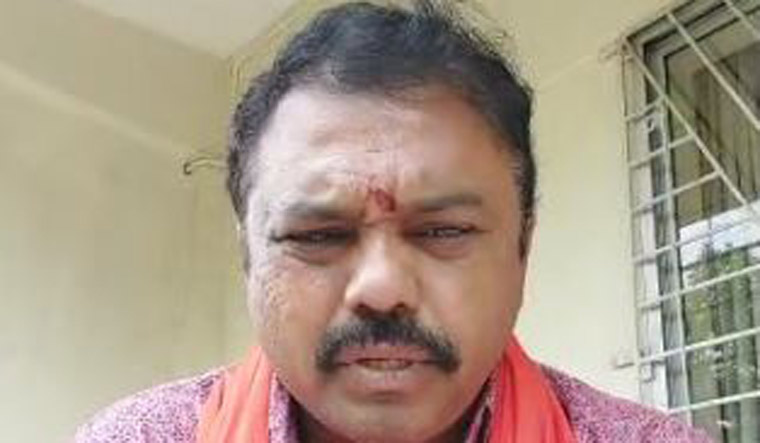 A Hindu conclave in Thiruvananthapuram held in late April is continuing to make news. Controversial politician P.C. George, who spoke at the Ananthapuri Hindu Maha Sammelanam, was arrested for making allegations against the Muslim community at the event.

Since Wednesday, another person who attended the Ananthapuri Hindu Maha Sammelanam was the subject of online fury. Durgadas Sisupalan, who had been employed with a company in Qatar, was criticised for asking a question about Malayali nurses allegedly being recruited to work as sex slaves for “terrorists” in the Gulf.

UNIQ (United Nurses of India Qatar), a nurses association, announced on Wednesday it had complained to the “higher authorities” in Qatar seeking action against Durgadas.

A video clip of Durgadas asking the question went viral on social media and users demanded action against him. The Malayalam Mission, a Kerala government-backed initiative that promotes Malayalam, announced it had stripped him of his responsibilities as coordinator at the Qatar unit.

A media report on Friday claimed Durgadas's employer, Narang Projects, had terminated him.

On Friday, Durgadas conducted a Facebook Live on the controversy. Durgadas claimed he had been an NRI in the Gulf for about 20 years and had been a “proud Sangh Swayamsevak for about 30 years”.

He said, during his time in the Gulf, he had observed fraudulent recruitment agencies had cheated Indian women on pretext of jobs in sectors such as aviation, massage centres and nursing. Durgadas alleged these agencies operated with the connivance of politicians. He claimed he had helped repatriate such women in coordination with the Indian embassies.

Durgadas said he had seen a video on the condition of nurses that featured Kevin Peter, an activist associated with Christian Alliance for Social Action (CASA). Durgadas said he respected nurses and compared them to fairies.

Durgadas said he was invited to the Ananthapuri Hindu Maha Sammelanam. At the event, Durgadas said Kevin Peter was part of a panel and he decided to ask a question based on the video he saw on fraudulent recruitment of nurses by “terrorist groups”. Durgadas said the video clip of his question had created a false impression among many people. He said if any nurses felt upset by his question, “I apologise to them. But I will continue to give reports to Centre of any recruiting agencies of terrorists.”

He said he did not mind being called a “Sanghi”.