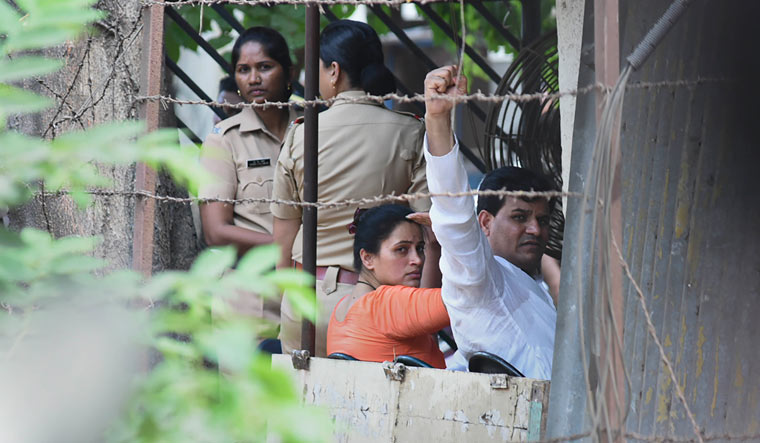 A team of the Brihanmumbai Municipal Corporation (BMC) officials visited the flat of MLA Navaneet Rana and MP Ravi Rana for “inspection” on Wednesday soon after the legislator couple was granted bail by a special court. The team, however, found the apartment in suburban Khar locked.

A PTI report quoted a BMC official as saying that there was a complaint about illegal construction on the eighth floor of the Lavie building where the Ranas have an apartment. A team of seven to eight officials visited the building around 12.30 pm but the Ranas' apartment was locked, so the team returned without conducting inspection, he said.

The official added that the team will visit the house again on Thursday.

The 'H' Ward office of the BMC had earlier issued a notice to the society and occupiers of the eighth floor under Section 488 of the Mumbai Municipal Corporation Act. The notice had said that the BMC officials would visit the site on May 4.

Both Navaneet and Ravi were arrested on April 23 by the Mumbai Police under various provisions of the Indian Penel Code, including sedition, after they announced that they would recite Hanuman Chalisa outside Chief Minister Uddhav Thackeray's residence.

The arrest was made even as the couple backed out on their plan citing Prime Minister Narendra Modi's visit to the city.

A special court on Wednesday granted bail to them.