'Will I join Biden's party because I praised him?': Hardik Patel dismisses rumours on joining BJP

Says he is not upset with Rahul Gandhi or Priyanka Gandhi 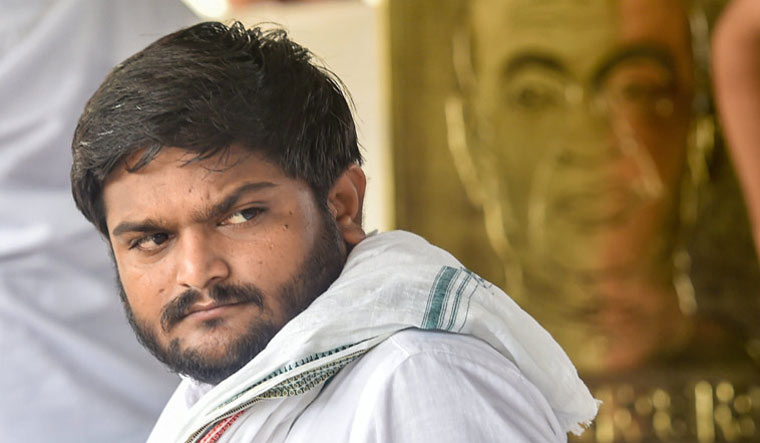 Amid speculations that he might switch over to the saffron party as he is disgruntled with the Gujarat Congress leadership, Hardik Patel, on Monday, clarified that he has no intention to join the BJP.

A few days ago, Patel, who is working president of the Congress's state unit, had said he is "proud to be a Hindu" and praised the "decision-making capacity" of the BJP.

On Monday, he admitted that he is not happy with the party leadership, but there is no truth in the claim that he will switch sides. "People will say a lot of things. When Joe Biden won the US elections, I praised him. This is because his vice president is of Indian origin. But does this mean I will join Biden's party," news agency ANI quoted him as saying.

The Congress leader, who had said, "We will have to acknowledge that recent political decisions taken by the BJP show that it has a better political decision-making capacity," said if a political rival has a good quality and make bold decisions, it is important to think about them. "If you waste your time, then people will leave you. There are many young people who want to work for the party, I openly wish such youngsters should get an opportunity."

He said he is not upset with Rahul Gandhi or Priyanka Gandhi. "I am upset with the state leadership. Why am I upset? Elections are coming up and in such times work should be done together with honest and strong people. They should be given positions," he was quoted as saying.

Last week, Patel had expressed his displeasure over the Gujarat Congress' style of functioning and claimed that he was sidelined in the state unit and the leadership is not willing to utilise his skills. He had also alleged that the leaders of Congress's Gujarat unit were harassing him and want him to leave the party.

He had claimed that he had taken up the issue of his harassment with Rahul Gandhi many times, but no action was taken to address his grievances.

He had expressed his grouse after he hinted at contesting elections after the Supreme Court stayed his conviction in a 2015 rioting and arson case.