Tej Pratap had been at loggerheads with Tejashwi Yadav 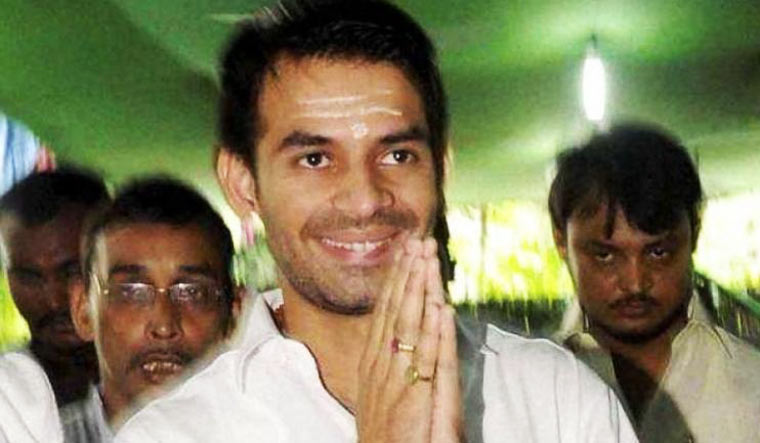 Former Bihar minister and Rashtriya Janata Dal leader Tej Pratap Yadav announced on Monday that he will soon resign from the party. Tej Pratap, the elder son of party supremo Lalu Prasad Yadav, said he will submit his resignation soon after meeting his father.

“I followed in my father's footsteps. I gave respect to all the workers, I will submit my resignation soon after meeting my father,” he said in a tweet.

Tej Pratap had been at loggerheads with his younger brother and de facto RJD chief Tejashwi Yadav over a range of issues, triggering speculations about his possible exit from the party.

His decision to quit the party came on a day when party leader Ramraj Kumar alleged that he was beaten up by Tej Pratap at Rabri Devi's residence in Patna during an Iftar Party. Kumar told media that Tej locked him up in a room and beat him up and also made a video. Kumar later announced his resignation from the RJD after senior party leaders allegedly refused to take cognizance of the incident.

At the Iftar Party, Tej Pratap was seen having a chat with Chief Minsiter Nitish Kumar. Last year, he had raised many eyebrows after he visited the office of the Lok Janshakti Party's faction headed by Pashupati Kumar to attend the first death anniversary of former Union minister Ram Vilas Paswan.