Says he has not decided about shifting loyalty to BJP 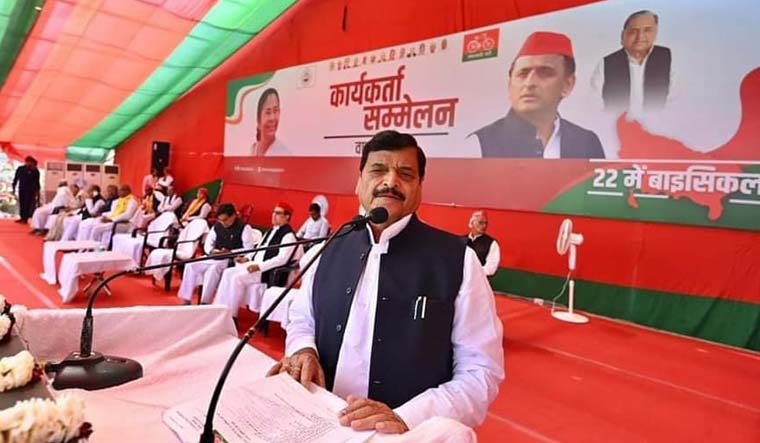 Sulking socialist leader Shivpal Singh Yadav on Thursday took on Samajwadi Party chief Akhilesh Yadav over a remark alluding to his apparent closeness to the ruling BJP, and dared him to expel him from the SP legislature party.

Shivpal Yadav, who is Akhilesh Yadav's uncle and heads his own Pragatisheel Samajwadi Party (Lohia), won the recent Uttar Pradesh Assembly polls on an SP ticket.

He was, however, not invited for a meeting of SP MLAs soon after the results came in. Since then, he has thrown hints that he might cross over to the Bharatiya Janata Party.

“As of now, there is no decision on this matter. When the right time comes, I will definitely tell everyone about it,” the PSPL leader told reporters when questioned over the speculation.

He took exception to Akhilesh Yadav's comment in Agra on Wednesday that anyone who meets the BJP will not remain with the SP.

“It's an irresponsible comment. I contested the election on the symbol of the Samajwadi Party. If they think they need to take a decision immediately, then they can expel me from the legislature party,” he said.

Though the SP president had not taken names, the comment came in the backdrop of Shivpal Yadav's recent meeting with Uttar Pradesh Chief Minister Yogi Adityanath.

Shivpal Yadav had formed his own party after falling out with his nephew. But the two patched up ahead of the 2022 assembly polls.

He also dismissed Suheldev Bhartiya Samaj Party chief Om Prakash Rajbhar's claim that the two are in regular touch and he is part of the alliance headed by the SBSP.

“So far, there have been no talks with him (on this issue). There was a phone call, but no talks were held. It is likely that he talked to someone else, whose name resembles mine,” Shivpal Yadav said.

Shivpal Yadav has recently signalled growing bonhomie with the saffron party. After a meeting with the CM, he started following him, Prime Minister Narendra Modi and former UP Deputy Chief Minister Dinesh Sharma on Twitter.

After not being invited by his nephew to a meeting of newly elected SP MLAs on March 26, Shivpal Yadav skipped a meeting of the opposition alliance led by the Samajwadi Party.

The SP supremo has been cryptic in his remarks on his uncle. Recently, when questioned by reporters in Kannauj, Akhilesh Yadav caustically advised them not to waste time on such issues.

Shivpal Yadav has also been critical of the treatment being meted out to jailed SP leader Azam Khan, whose supporters have accused the Samajwadi Party of ignoring him and the Muslim community.

On Rashtriya Lok Dal president Jayant Chaudhary's meeting with Azam Khan's wife and son in Rampur on Wednesday, Shivpal Yadav said courtesy calls had a place in politics and he too was in touch with the family.

“Before the election I had met him in jail. His health was not good. The treatment that is being given to him is not right for a tall leader like him,” he said.

“In politics, there should not be such incidents of political vendetta,” Shivpal Yadav, who is the younger brother of SP patriarch Mulayam Singh Yadav, added.

On the recent dissolution of PSPL units, he said a post-election review and reorganisation was going on in his party.

It will be revamped after a proper review, he said.