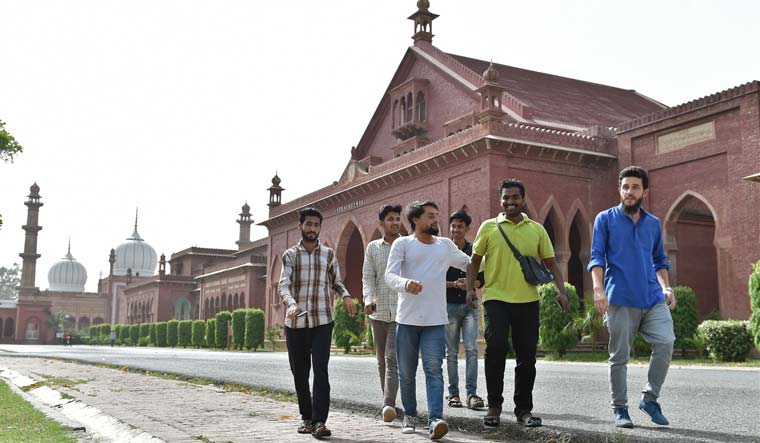 A teacher of forensic medicine from Aligarh Muslim University has tendered an ‘unconditional apology’ after the religious references he made during a class on sexual offences drew widespread condemnation.

Jitendra Kumar, assistant professor at the Department of Forensic Medicine at AMU was teaching a class of third-year students of MBBS on Tuesday when he showed a powerpoint presentation to his class. The presentation had various references from Hindu mythology to illustrate that rape has been present since times immemorial. Two of the references he made were to Lord Brahma- regarded as the creator of the world by Hindus and Lord Vishnu, revered as the keeper of the world.

Many students found this objectionable. They took pictures of the presentation and circulated them on social media. Among the comments made on the slides was, ‘…absolutely disgusting and insulting for the entire Hindu community of AMU.’

A Twitter user suggested that the National Security Act must be invoked.

On Wednesday, the Public Relations Officer of AMU issued a release that read, “(AMU) administration and the Faculty of Medicine today strongly condemned the content of a slide on the mythical reference of rape and issued a show-cause notice to Dr Jitendra Kumar for hurting the religious sentiments of the students, staff and citizens. He has been asked to submit his reply in 24 hours”.

While a two-member inquiry committee has been set up to investigate the matter, Kumar tendered his apology before the statement made by the PRO. The committee is also tasked with recommending steps such that ‘this sort of incident does not recur’.

In his apology, Kumar said, “My intention was not to hurt religious sentiments of any particular religion and the reference was only to highlight that the rape has been part of society for long, which I considered being an inadvertent mistake on my part…I assure you that such type of lapse will not occur in future and I again tender my unconditional apologies”.

AMU PRO Omar Peerzada said that the university had a ‘zero-tolerance policy’ toward such acts.

“The teacher will submit a response within 24 hours after the administration shall decide what action should be taken against him”, he said.