Claims adamant behaviour of the Indian leaders was a hurdle 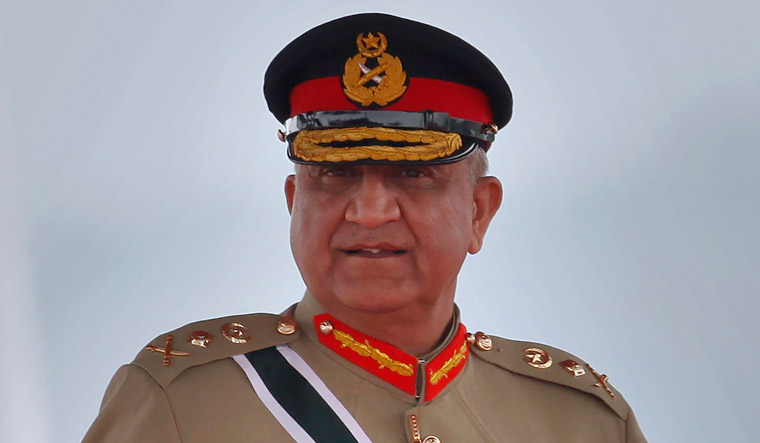 Pakistan Army chief General Qamar Javed Bajwa, on Saturday, said that all disputes with India should be settled peacefully through dialogue, and claimed that Islamabad continues to believe in using diplomacy to resolve all outstanding issues, including Kashmir, to keep the "flames of fire away from our region."

Gen. Bajwa said this at the last day of the two-day ‘Islamabad Security Dialogue’ conference that brought together Pakistani and international policy experts to discuss emerging challenges in international security under the theme ‘Comprehensive Security: Reimagining International Cooperation’.

The Chief of the Army Staff (COAS) said with one-third of the world in the Gulf region and elsewhere involved in some sort of conflict and war, “it is important that we keep the flames of fire away from our region”.

“Pakistan continues to believe in using dialogue and diplomacy to resolve all outstanding issues, including the Kashmir dispute, and is ready to move forward on this front if India agrees to do so,” Gen. Bajwa said.

His proposal for peace with India had a wider meaning as he indirectly suggested to have some sort of trilateral dialogue involving India, Pakistan and China to create an inclusive peace, as he said apart from the Kashmir dispute, the India-China border dispute is also a matter of great concern for Pakistan and “we want it to be settled quickly through dialogue and diplomacy.”

“I believe it is time for the political leadership of the region to rise above their emotional and perceptual biases and break the shackles of history to bring peace and prosperity to almost three billion people of the region,” Gen. Bajwa said.

He, however, said the adamant behaviour of the Indian leaders was a hurdle.

Ties between India and Pakistan nose-dived after a terror attack on the Pathankot Air Force base in 2016 by terror groups based in the neighbouring country. Subsequent attacks, including one on an Indian Army camp in Uri, further deteriorated the relationship.

The relationship deteriorated after India announced withdrawing the special powers of Jammu and Kashmir and bifurcation of the state into two union territories in August 2019.

India's move to revoke the special status of Jammu and Kashmir in 2019 outraged Pakistan, which downgraded diplomatic ties and expelled the Indian High Commissioner in Islamabad.

It also snapped all air and land links with India and suspended trade and railway services.

Talking about last month's missile incident, he said India’s “accidental missile firing” created doubts regarding its ability to handle high-end weapon-systems, which was compounded by its unwillingness to share details with Pakistan.

The missile fired on March 9 fell in the Mian Channu area of Khanewal district and it came to light a day later when the Army shared details of the Indian "high-speed flying object".

India, in a statement on March 11, termed it an accident.

Gen. Bajwa said it was a matter of "serious concern" and "we expect India to provide evidence to assure Pakistan and the world that their weapons are safe and secure."

"Unlike other incidents involving strategic weapons systems, this is the first time in history that a supersonic cruise missile from one nuclear-armed nation has landed in another,” he said.

He also said a “peaceful and prosperous West and South Asia is our goal” and Pakistan’s National Security Policy focuses on the promotion of national security cohesion and harmony through the precepts of unity and diversity.

Recognising that it is the regions and not countries that grow, the COAS said: “We believe that peace and stability in our wider region are prerequisites for achieving shared regional prosperity and development.”

“Our doors are open for all our neighbours,” he said.

Gen. Bajwa termed the situation on the Line of Control (LoC) as “satisfactory and fairly peaceful”, saying mercifully no incident had taken place along the LoC in the last year to the relief of the people living on both sides.

In February last year, India and Pakistan agreed to strictly observe all agreements on ceasefire along the LoC and other sectors.

He said Pakistan believes in peace and using dialogue for resolving issues.