Stalin recalls how Karunanidhi handed him over to police during Emergency

Karunanidhi had absolutely no regret that his son was going to jail, says TN CM 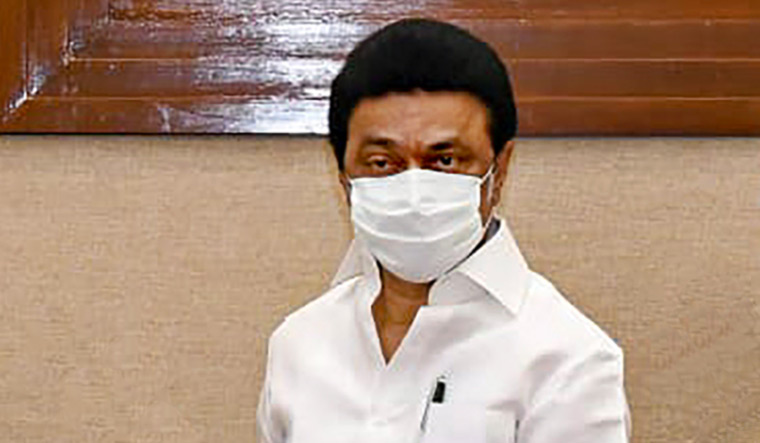 Marked by a sense of detachment 'like a saint', late DMK patriarch and his father M. Karunanidhi handed him over to police during the infamous Emergency period, Tamil Nadu Chief Minister M.K. Stalin has reminisced in his autobiography.

Recounting his entry into the Central Prison in Chennai following arrest in 1976, Stalin in his autobiography described the jail time as a 'torture camp' that reverberated with wail.

The Emergency was imposed by the then Indira Gandhi government in 1975 and was in place till 1977. The period was infamous for widespread arrests of opposition political leaders and curtailment of civil liberties.

Stalin's 334-page autobiography in Tamil, 'Ungalil Oruvan' (One among you) Part I, was released in Chennai recently by Congress leader and MP Rahul Gandhi.

Hours after the DMK government in Tamil Nadu led by Karunanidhi was dismissed on January 31, 1976, Stalin recalled that police arrived at their Gopalapuram residence here looking for him. However, he was at a nearby town of Mathuranthakam at the time.

When police officers said they had an order to search the house to ascertain if Stalin was available or not, Karunanidhi told them, 'by all means' and informed them that his son was out of town and would be back home the next day. Also, Karunaidhi 'offered' himself to be arrested.

The chief minister recalled that he and others had an apprehension that 'Thalaivar' (party chief Karunanidhi) could be arrested, but the 'jail breeze was blowing towards me.'

When he arrived home the following day on February 1, 1976, Stalin said while his mother Dayalu Ammal and wife Durga wept, Thalaivar's stentorian voice advising that one should be prepared for all kinds of sacrifices in public life pacified family members.

"Be ready, police is looking for you," Stalin quoted his father and party chief Karunanidhi as telling him.

The chief minister said since he was arrested under the Maintenance of Internal Security Act (MISA), he was not sure how long the incarceration would last.

Stalin said though his father had been the chief minister of the state for years till the government's dismissal, there was not even a trace of authority when he dealt with police.

Like an ascetic, with a sense of detachment, his father Karunanidhi sent him to jail, Stalin said. Karunanidhi had absolutely no regret that his son was going to jail, the CM said.

Karunanidhi's face, at that moment, conveyed a sense that like many DMK members at the time, his son Stalin too has gone to jail.

Describing that many armed personnel were on guard at the fortified prison entrance when he was led into the jail, he said that scenario would make one wonder whether the person being jailed was a terrorist. "I will recount the wail, the blood curdling scenes (from the jail) in the second party (of his autobiography). I will take you also into the prison. I am waiting at the entrance of the jail! You too wait!" Stalin said dramatically ending the first part of his autobiography.