RSS chief Mohan Bhagwat and other senior leaders to attend 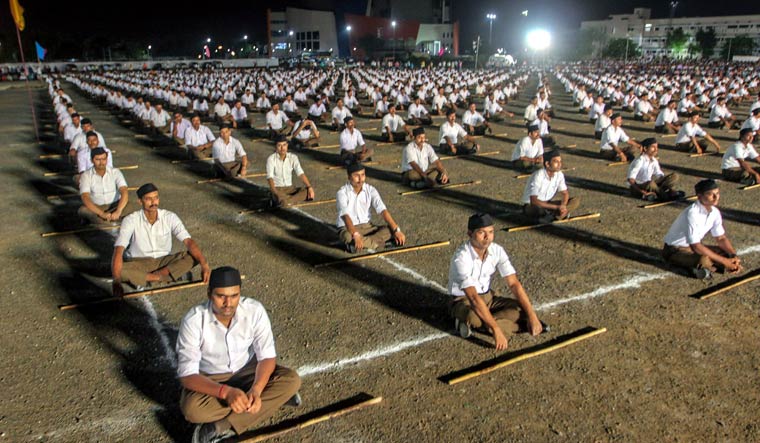 Rashtriya Swayamsevak Sangh chief Mohan Bhagwat and other senior RSS functionaries will take part in the organisation's three-day Akhil Bharatiya Pratinidhi Sabha to be held here from March 11, the RSS said on Monday.

The Akhil Bharatiya Pratinidhi Sabha is the highest decision-making body of the RSS that meets annually.

"This meeting is of utmost importance from the decision-making point of view. During the meeting, various plans and decisions for the upcoming years will also be finalised," the RSS said in a statement.

The reports of last year's activities of the RSS and future work expansion plans as well as present scenarios are likely to come up for discussion in the meeting, which will be held in adherence to the COVID-19 protocols, it said.

Due to COVID-19 pandemic situation last year, the meet was organised on a smaller scale.

Apart from Bhagwat, RSS Sarkaryavah (general secretary) Dattatreya Hosabale and other functionaries at the regional and zonal levels along with organisational secretaries are expected to attend this year's meet, a Sangh functionary said.