Project is awaiting environmental clearance from the Centre 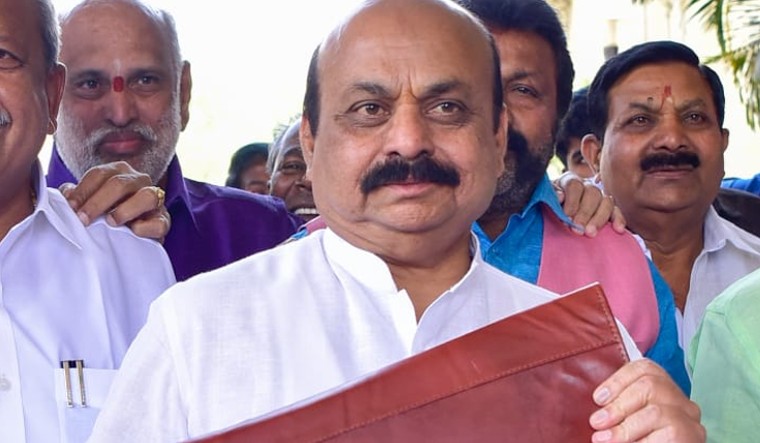 A day after the Karnataka Congress concluded its 155km-long padayatra from Sangam in Kanakapura to Bengaluru, demanding speedy implementation of the Mekadatu balancing reservoir and drinking water project, Chief Minister Basavaraj Bommai announced a grant of Rs 1,000 crore for the project in the state budget for 2022-23.

The Mekadatu project, meant to provide drinking water to Bengaluru and surrounding districts, is awaiting environmental clearance from the Centre, and has become a trigger for political slugfest between the ruling BJP and the Congress. Each blamed the other for the "delay" in securing the clearances for the project, which is being opposed by Tamil Nadu.

Bommai, who tabled his maiden budget in the Karnataka assembly, said the project will be implemented after procuring the necessary clearances from the appropriate authority in the central government.

The CM also stated that his government would obtain necessary clearances for utilising the state's share of water allocated to the Kalasa Banduri Nala diversion project in accordance with the Mahadayi Tribunal award. He provided a grant of Rs 1,000 crore for the project in the budget.

While the Congress had criticised the BJP for its delay tactics, the BJP  dubbed the Congress party's protest rallies as "political" and "election-oriented".

AICC general secretary Randeep Singh Surjewala, who had taken part in the Mekedatu padayatra, said the budget announcement was only "headline management". "Jugglery, deception and duplicity is not the way for Mekedatu project. Sincerity of purpose and purposeful resolve is the solution. Reserving money that will never be used or spent is not the way. This is headline management. Need execution. Till yesterday, Bommai government mocked the Mekedatu yatra. Today, they indulged in the deceiving formality of reserving Rs 1000 crore for Mekedatu," tweeted Surjewala, who demanded to know why the Modi government had not cleared the project for eight years.

"The Congress padayatra for Mekedatu project in south Karnataka and Mahadayi in north Karnataka ahead of the 2023 assembly polls is not for water but for votes. It is a battle for supremacy between KPCC chief and the CLP leader," alleged BJP leaders.