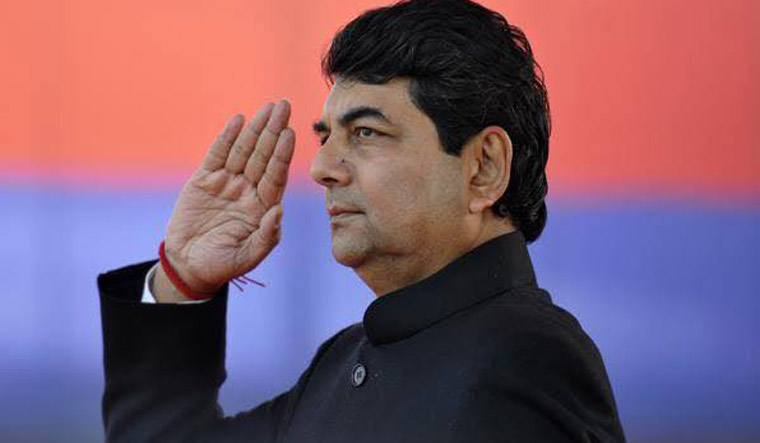 On Tuesday, Kunwar Ratanjit Pratap Narain (R.P.N.) Singh quit the Congress, more than a month after reports emerged he could join the BJP. R.P.N. Singh was Union minister of state handling many portfolios in the second Manmohan Singh government after having been elected MP for Padrauna in 2009. He served as minister of state for portfolios such as road, transport, petroleum, corporate affairs and home affairs.

On Tuesday, the rumours of a switch to the BJP re-emerged. And R.P.N. Singh modified his Twitter bio around noon. R.P.N. Singh removed references to the Congress from it, including his role as party in-charge for Jharkhand. Shortly after this, he uploaded an image of his resignation letter. He wrote he had resigned from the Congress with immediate effect. He tweeted, “Today, at a time, we are celebrating the formation of our great Republic, I begin a new chapter in my political journey. Jai Hind.”

He had recently denied he was in talks with the BJP. He had told Republic TV on January 20 he was “staying in Congress”.Embarrassingly, for the Congress, R.P.N. Singh's resignation comes a day after the party named him in its list of 30 star campaigners for the first phase of the UP election.

R.P.N. Singh, a scion of a royal family in Padrauna, had represented Padrauna as MLA from 1996 to 2009. He lost the 2014 Lok Sabha election to a BJP candidate and failed to win in the 2017 assembly poll too.

News 18 reported Singh had been “sidelined in the Congress”. The news outlet claimed he could be fielded in the upcoming election against Swami Prasad Maurya, the OBC leader who recently resigned from the Yogi Adityanath cabinet and joined the Samajwadi Party. Interestingly, India TV reported, “Singh has expressed unwillingness to contest assembly polls. He wants a role in the Centre.”

R.P.N. Singh is the most high-profile Congress figure to switch to the BJP in Uttar Pradesh after another former Union minister, Jitin Prasada, joined the saffron party in September last year.