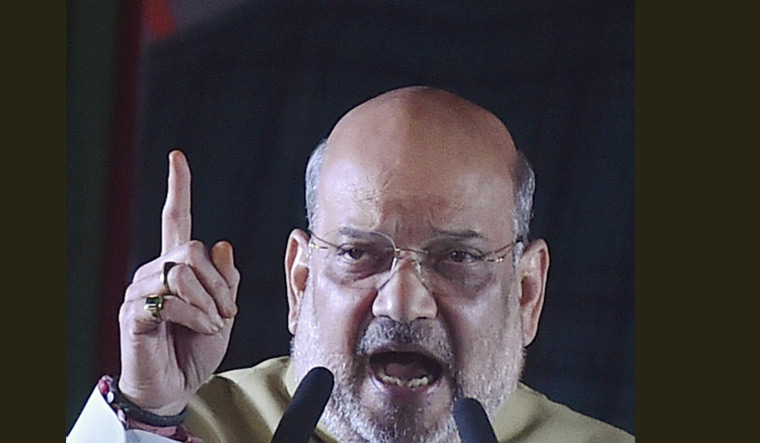 In Western Uttar Pradesh, Home Minister Amit Shah's political messaging focused on 'law and order' and 'ending appeasement', as he visited Kairana, notorious for its alleged "exodus of Hindus" before 2017. Shah on Saturday visited the affected families who had since returned, as he began his door-to-door election campaign. Asserting that the people of Kairana were no longer living in fear, Shah said a satisfactory law and order situation is the primary condition for development and the Yogi Adityanath government has ensured this in Uttar Pradesh.

Shah is focusing his campaign in Western Uttar Pradesh, the region which contributed the most to the protest over the recently repealed farm laws. Bhartiya Kisan Union leader Rakesh Tikait hails from this region. The choice of Kairana for Shah's first political programme in Uttar Pradesh after the assembly poll dates were announced is significant. In the run-up to the last assembly elections, the BJP had claimed that several Hindu families left Kairana after facing threats from criminals—an allegation contested by others. Adityanath had also invoked the alleged exodus during his recent visit to that town. "There was a time when riots used to happen here, youths were killed and there used to be curfew for days. There was a tendency to file one-sided cases. Now, due to the BJP government, there are no riots," Shah had said in December 2021.

In the recent election rallies, top BJP leaders have been reminding the voters of the situation during the SP reign while claiming an improved law and order under the Yogi Adityanath government. The issue, however, has had communal overtones and was seen as a polarising factor in the last polls. "For the development of any state, the primary condition is that its law and order should be proper. This is Kairana from where people used to flee earlier, and today when I went on around, the people told me that 'Modiji kee kripa ho gayee'."

"Yogiji has improved the law and order. Those who forced the exodus have had to flee. This is the kind of confidence we are seeing in the people of UP. I think that in the coming days, Uttar Pradesh will become the most developed state of India," Shah told reporters.

The Union home minister met the "victim" families who have returned to Kairana after the BJP came to power. "They said that they do not have any fear now, and they are peacefully doing their business activities," Shah said. "I would like to tell the people of UP that if you want to retain the law and order situation in UP, end appeasement and the culture of working for one caste, and develop UP under the leadership of Modiji, then the government of Yogi Adityanath should be formed once again," Shah said.