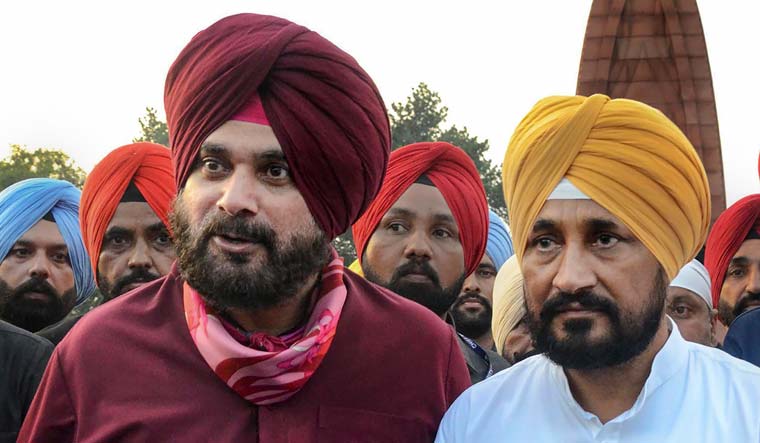 The Congress today released its first list of candidates for the coming Vidhan Sabha elections in Punjab. Amongst the 86 names in the list are Chief Minister Charanjit Singh Channi, who will contest from his present seat of Chamkaur Sahib, and Punjab Congress President Navjot Singh Sidhu, who has been nominated from Amritsar East, the constituency he currently represents.

Deputy Chief Minister Sukhjinder Singh Randhawa will contest from Dera Baba Nanak seat, while Rajya Sabha MP Pratap Singh Bajwa will be the party's candidate from Qadian. Bajwa's brother Fateh Jung Bajwa is the sitting MLA from Qadian. He switched over to the BJP recently.

Punjab Congress working president Kuljit Nagra will be the party's candidate from Fatehgarh Saheb. State Youth Congress leader Amarpreet Lally has been fielded from Garhshankar, while former minister Balbir Sidhu will contest from SAS Nagar. Gupreet Singh GP, the sitting MLA from Bassi Pathana, has been repeated from the same constituency. Channi is learnt to have been keen on his brother Manohar Singh being fielded from Bassi Pathana.

The list for the February 14 election is in keeping with the one family, one ticket rule. Channi's name figures so far only for the Chamkaur Sahib constituency. There is speculation that Channi, whose Dalit identity is being played up by his party, may be fielded from a seat in the Doaba region to appeal to the electorate belonging to the community. Doaba has a highest proportion of Dalit votes in the state.