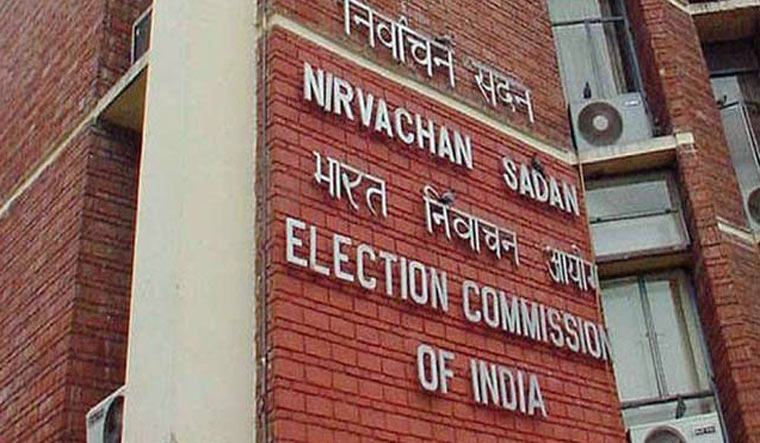 Prominent Muslim body Jamiat Ulema-e-Hind on Thursday said it has written to the Election Commission and the district magistrate, seeking a ban on the proposed 'dharma sansad' in Aligarh.

The Jamiat, in its letter, said that the 'dharam sansad' to be organised in Aligarh on January 22 and 23 or on any other dates at other places when the election process is on, be prohibited.

It sought action against persons "habitually" indulging in hate speech and unlawful behaviour, and stated that it is the primary responsibility of the Election Commission to ensure peaceful and fair elections.

"These persons are clearly organising the 'dharma sansad' to bring communal invective into the public discourse during elections and they must be stopped," the Jamiat letter said.

A group of citizens led by former president of Aligarh Muslim University students union Salman Imtiaz had also last week asked the district authorities not to allow the 'dharam sansad' event in Aligarh which they claimed could vitiate the atmosphere in poll-bound Uttar Pradesh.

Sanatan Hindu Sewa Sanstha has proposed to hold the 'dharam sansad' in Aligarh on the theme of role of seers in present politics.

The Aligarh district administration, however, has said they have not received any written request for organising such an event.

The Supreme Court Wednesday asked the Centre, Delhi Police and Uttarakhand Police to respond to a plea seeking direction to ensure investigation and action against those who allegedly made hate speeches during two events held recently in Haridwar and the national capital.

While issuing notice on the plea, a bench headed by Chief Justice N V Ramana said the petitioners are at liberty to make a representation to the local authorities concerned regarding such events, after senior advocate Kapil Sibal, appearing for the petitioners, said a 'dharam sansad' is scheduled in Aligarh.