Waseem Rizvi was arrested from Roorkee in Haridwar 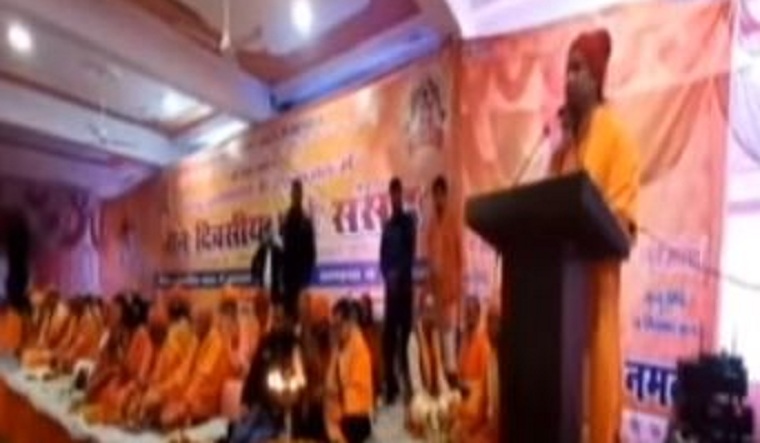 [File] A visual of the Dharma Sansad in Haridwar | Twitter

In the first arrest in the Dharma Sansad hate speech case, Waseem Rizvi, aka Jitendra Narayan Tyagi, was arrested from Roorkee in Haridwar district on Thursday.

Rizvi who changed his name to Jitendra Narayan Tyagi after converting to Hinduism is among more than 10 people named in the FIRs lodged in connection with the case.

He was formerly the head of Uttar Pradesh Shia Waqf Board.

This is the first arrest in the case. Some participants at the Dharma Sansad held in Haridwar from December 17-19 have been accused of delivering highly provocative speeches against Muslims.

When asked whether more arrests will follow, the SSP said it will depend on how the investigation progresses.

The Uttarakhand government was under tremendous pressure from different quarters to take action against those who had delivered the speeches at the event.

Even the Supreme Court had pulled up the state government on Wednesday for not acting against the guilty even so many days after the incident.