Why is Union minister Shantanu Thakur upset with BJP

There are chances that he might switch over to TMC 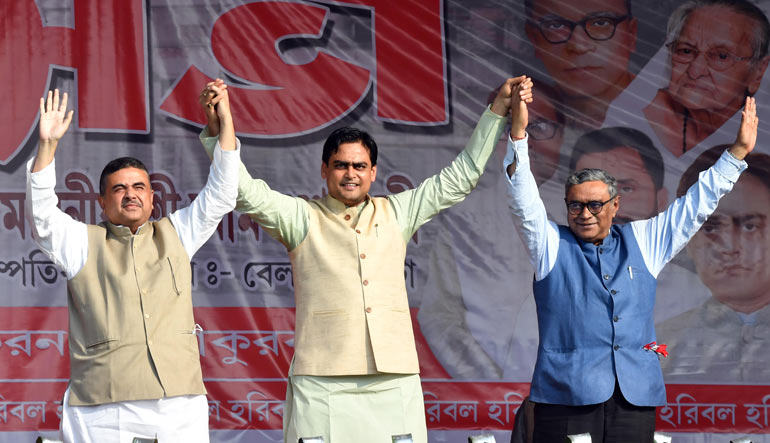 Shantanu Thakur, the Union minister of state for shipping, is angry. He has not yet resigned as a minister but quit from all WhatsApp groups of the party in West Bengal, including those of his constituency Bongaon.

Thakur is a Matua (a predominant community in North 24 Parhanas and Nadia districts) leader known as Thakurmoshai among members of his community. The title would mean that he is the head of the community. Matuas are Scheduled Caste Bangladeshi Hindu refugees. They had fought against Muslims during Partition and refused to come to India. While Bhramins and Kayastha crossed over to West Bengal, Matuas stayed back. But not for long as Bangladesh resumed diplomatic relations with Pakistan after the fall of Sheikh Mujibur Rahman.

Matuas migrated to India after 1971 and are therefore considered refugees. Majority of Hindu population in Bangladesh are still Matuas.

Recently, there was an attack against the community in Bangladesh during the Durga puja festivities in which a few people were killed and idols vandalised. Thakur wrote to Prime Minister Narendra Modi, seeking action. It is not known if Modi spoke to his Bangladeshi counterpart Sheikh Hasina.

Thakur has desperately been seeking implementation of CAA which the Modi government is yet to roll out. Perhaps he is also irked by the accommodation of Nitish Pramanik as the minister of state for home. If it were up to Thakur, his associates said, he would have streamlined it.

Thakur's biggest complaint was about the recent rejig in state BJP. There were hardly any posts offered to Matua leaders. After the rejig, he had summoned his associates— two MPs and seven MLAs—to his home in Thakurnagar to chalk out future course of action.

Will they head for TMC?

"That time has not come yet. Yes, we have grievances, but that does not mean severing all ties with BJP," said Ashim Sakar, BJP MLA and a Matua leader.

However, sources said Thakur is being wooed by Mamata Banerjee. His family members are in touch with TMC.

BJP president J.P. Nadda will visit Bengal next week. Reports suggest that Amit Shah too will visit the state to revive the party organisation.

Thakur is expected to meet these central leaders and they might try to appease him. However, it might not be easy to please him. One of the things that can make him happy would be rolling out of CAA. He might also be satisfied if leaders of his community are offered plum posts. If not, chances are that he might head to the TMC as Matuas are angry with BJP.

Can Shah and Nadda douse the fire?