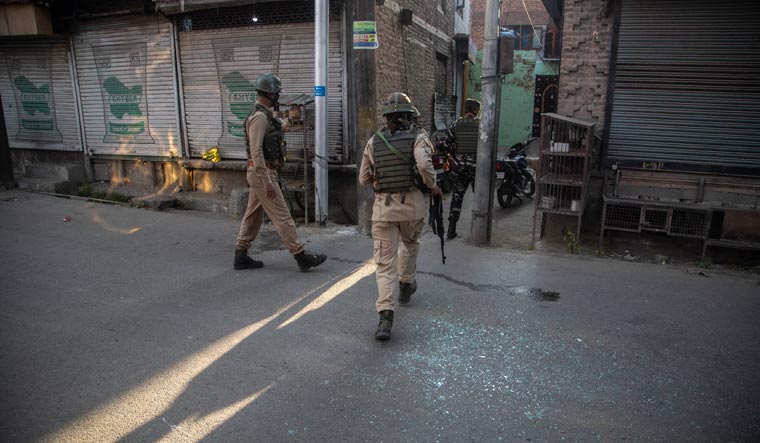 Three Jaish-e-Mohammad (JeM) militants, including a foreigner, were killed in an encounter with security forces in Pulwama on Wednesday. The encounter took place at Changam village of Pulwama in south Kashmir.

"Three militants of JeM, including one Pakistani national, were killed. Incriminating materials, arms and ammunition including 2 M-4 carbines and 1 AK-series rifle were recovered. A big success for us: IGP Kashmir," Kashmir Police Zone wrote on Twitter.

The encounter started after the state police, and army’s Rashtriya Rifles (RR), launched a search operation in the area after information about the presence of militants in the village.

Close to the hideout, the militants opened fire, triggering the encounter. The latest incident comes on the heels of Kulgam encounter on Tuesday, in which two militants were killed.