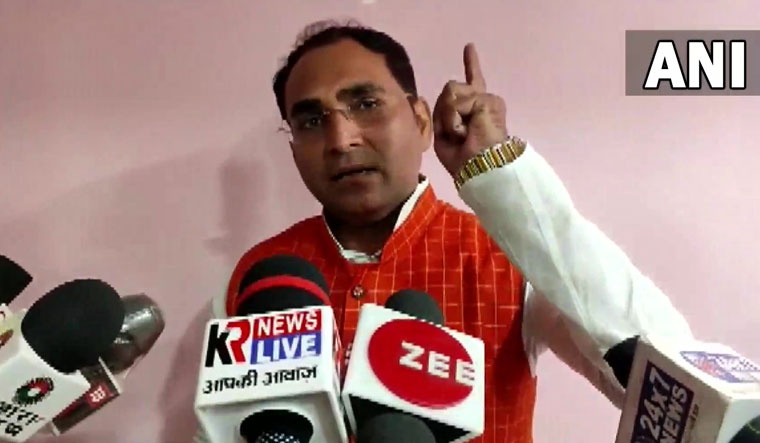 Bihar BJP leader Gajendra Jha was expelled from the party for announcing a reward of Rs11 lakh for anyone who cut off the tongue of former chief minister of the state Jitan Ram Manjhi.

Manjhi, a dalit leader, had sparked a row by using an expletive against Brahmins, which resulted in a backlash from the community, whose members have moved courts against the leader.

But the BJP feels that Jha's call for Brahmins to cut off the leader's tongue took things a little far.

“I would like to make an announcement. If any Brahmin chops off the tongue of Jitan Ram Manjhi and bring it before me, then I will reward him with Rs 11 Lakhs. Jitan Ram Manjhi, however, is not worth even 11 paise,” Jha was quoted by ANI.

The party acted quickly and expelled Jha, whose open threat mimicked the "fatwas" for which it attacks Islamists. The party, insiders feel, would not have liked to antagonise Dalits by not acting against its own leader who was seen as being too aggressive while targeting Manjhi.

Madhubani District President Shankar Jha said that Gajendra Jha's statement on the former chief minister was “indecent, absurd and contrary to the principles of the party”.

Gajendra Jha was a member of the Bihar BJP State Working Committee. He was first suspended for his comment on Wednesday morning before being expelled later in the day.