Veterans on the legacy of the Styx missile 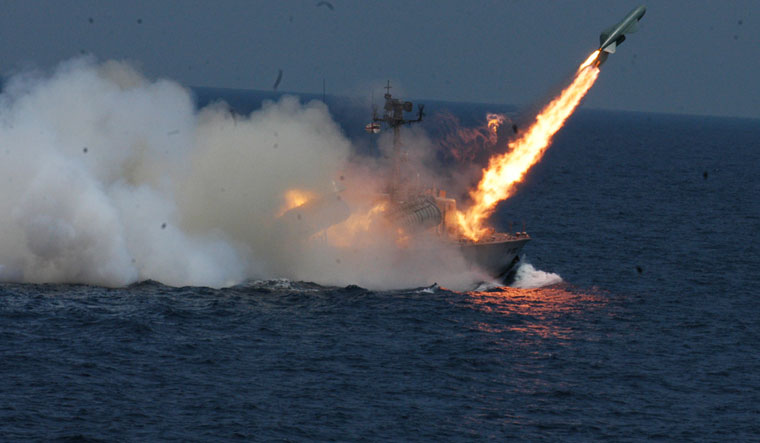 The 1971 war against Pakistan is considered the Indian military's finest hour. And one of the standout events of the war was the attack on Karachi by Project 205 class missile boats of the Indian Navy.

The Karachi attack was the first use of anti-ship missiles in an offensive role in a war. The weapon used in the attack, the Soviet-made P-15 missile (codenamed SS-N-2 Styx by NATO), was already legendary at the time of the 1971 war.

The attack on Karachi was not the first use of the Styx in combat; that distinction was achieved by the Egyptian Navy, which used the missile to sink the INS Eilat, a small destroyer of the Israeli Navy in October 1967. But the sinking of the Eilat happened in peacetime and the Egyptian missile boats that fired the missiles were said to be near harbour at Port Said during the attack, not in open seas.

The Styx was the first anti-ship missile to see large-scale deployment by the Soviet Union. Introduced in the early 1960s, the Styx—while weighing over 2 tonnes like other early anti-ship weapons—was small enough to fit on small patrol craft, which would eventually be designated as missile boats.

Like the MiG-21, another 'veteran' of the 1971 war, the Styx was a best-seller and was exported to dozens of countries in Asia, Middle East and Africa. And upgraded versions of the Styx remain in service with a handful of ships of the Indian Navy like the Ranvir class of destroyers.

Admiral Arun Prakash (retired), who was chief of the Indian Navy from 2004 to 2006, served in the 1971 war as a fighter pilot. Explaining the legacy of the Styx, Prakash noted it was a "first of its kind" weapon in the world as the US and European nations did not have any equivalent in the 1960s. Prakash commanded a Project 205 class missile boat, the INS Chatak, in 1976.

“These missiles were always to be used offensively in a tactical sense and the deployment could be defensive off one's coast or offensive off an enemy's coast even for the Soviets. Indeed, they were deployed in the Black Sea, Caspian and Baltic Seas as well as in the Far East fleet where the Russians had their enemies at distances similar to what Karachi was for us. Where we [Indian Navy] innovated was, perhaps, to have the missile boats towed and then unleashed for attack,” Shrikhande explained.

Like all weapon systems, even the Styx was vulnerable to becoming outdated.

Less than two years after the success in Karachi, the Israeli Navy managed to successfully negate the threat of the Styx missiles used by the Syrian Navy in the Battle of Latakia during the Yom Kippur war.

Admiral Prakash explained the shortcomings of the first generation of Styx missiles. “It was liquid fuelled, it had a radio altimeter that made the missile fly about 300 feet over the water surface, and a radar seeker that homed in on the largest ship in an area and the missile’s range was limited to 30-odd km,” he said.

In the Yom Kippur war, the Israeli Navy was able to detect the high-flying Styx missiles and use electronic countermeasures to jam their primitive radar seekers to ensure they missed their targets.

Another disadvantage of the Styx was its use of liquid fuel. Prakash said handling of the liquid fuel was a cumbersome and dangerous process. It would take several hours to refuel the missile before use and maintenance crews needed to wear protective suits and masks to avoid inhaling toxic fumes from the nitric acid used in the fuel.

By the late 1970s, both the Western nations and the Soviet Union were introducing new generations of anti-ship missiles that had more advanced radar seekers that could better withstand jamming. The new missiles like the US Harpoon and French Exocet were also solid-fuelled weapons, which meant they were in a ready-to-fire state, not needing cumbersome refuelling.

Moreover, these new missiles had 'sea-skimming' capability, flying just metres above the waves. This enabled the missiles to evade radar detection by enemy ships until they were very close to the target area.

Despite the advances in technology, the Styx lived on. Shrikhande explained how the Indian Navy persisted with the weapon. “In the end-1970s, the squat launchers were removed from the earlier [missile] boats and were fitted [three missiles each] on INS Talwar and Trishul, thus taking a longer-endurance frigate and giving it missile capability. That was a big upgrade actually. These then evolved into fairly different versions of the Uran missile and later classes of low-flying, homing cruise missiles with an ability to attack ships as well as land targets,” Shrikhande said. 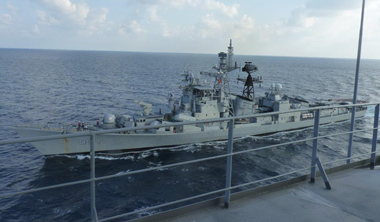 Admiral Prakash noted the Indian Navy eventually began inducting new Styx variants with an infra-red seeker that homed in on the heat emissions of a target ship and was thus impervious to electronic jamming. These also had enhanced fuel capacity, imparting more range. Prakash credited the missile's longevity to the simplicity of its technology. In addition to its low cost, a key advantage the Styx had over the likes of the Harpoon and Exocet was its large warhead: The Soviet weapon had a warhead that weighed 500kg, about twice that of the western weapons.

“The P-15 and P-15U were retired in the 1990s... with the decommissioning of the smaller Project 205 boats. After this, came the P-20 (an improved Styx variant), which was the fit for the Durg class corvettes and for the first three of the Rajput class. These had greater range, countermeasures and accuracy as well as lethality,” Shrikhande said.

Over the past two decades, the Styx missile family has been eclipsed in Indian Navy service by newer weapons like the supersonic BrahMos and Klub, another Russian missile. The Indian Navy has even bought the Harpoon (for its German-designed Shishumar submarines and P-8I maritime patrol aircraft) and the Exocet (for the French-designed Kalvari class submarines).

As the launchers housing the last Styx missiles sail into the sunset, the legacy of the iconic Soviet design lives on. Shrikhande said “These missiles took our Navy into the missile age and created an attitude and capability for tactical aggressiveness, which has been the legacy of the brave men in their small boats who 'hit big' in 1971.”