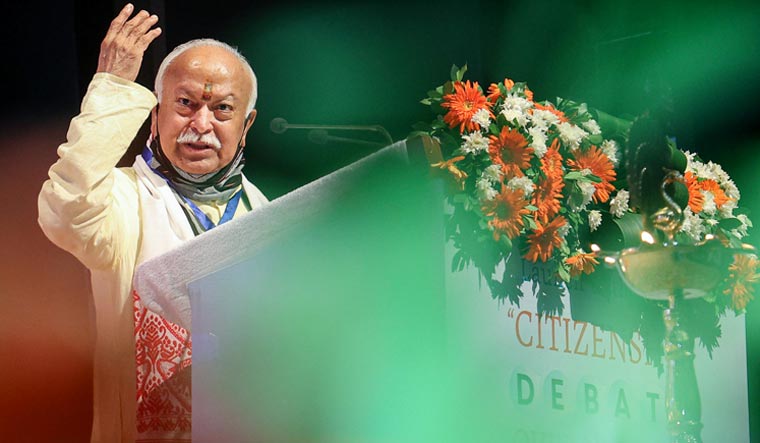 Rooting for 'ghar wapsi', RSS chief Mohan Bhagwat administered an oath to a congregation of Hindus to work for the return of those who had left the religion and exhorted those seeking power to shed arrogance.

To get power, there is a need to work among the people, not have arrogance, Bhagwat said on Wednesday while taking part in a three-day "Hindu Ekta Mahakumbh" here.

The participants also pledged to protect the modesty and honour of Hindu sisters and strengthen Hindu society by rising above the divisions of caste and language.

Spiritual guru Sri Sri Ravi Shankar and Hindutva leader Sadhvi Rithambara were among the seers from across the country who attended the gathering.

From the `sankalpsthali' (place of resolution) of Lord Ram, the dharma yodhas' of Hindu culture take a pledge to work for the protection, promotion and security of the sacred Hindu religion, culture and society throughout life," the RSS chief said.

The gathering vowed to work for the return to the Hindu fold of those who had converted to other faiths.

Bhagwat said, "While practising dharma and working selflessly without ego, one gets success even in the most difficult tasks."