What did India’s military mobilisation after Parliament attack achieve? 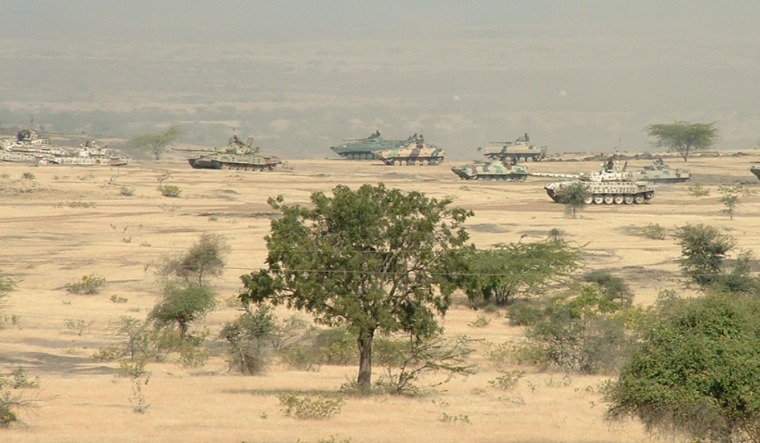 A day after the attack on Parliament on December 13, 2001, the Cabinet Committee on Security (CCS) under then prime minister Atal Bihar Vajpayee met in the presence of the three service chiefs. It was decided to give a befitting reply to Pakistan. The full-scale mobilisation of all armed forces was decided, which was the first since the 1971 Indo-Pak war. Named Operation Parakram, the deployment began on December 15 and was completed in the first week of January 2002.

Twenty years down the line, a section of the military believes that Operation Parakram was aimed to send a stern message to Pakistan. Like the 1999 Kargil war—when it was conveyed to Pakistan that violating the border would not succeed—Operation Parakram was India's message against terrorism or proxy war by Rawalpindi (Pakistan Army's headquarters).

In response to India's mobilisation, Pakistan also moved its men and machines, and close to 8 lakh troops near the Line of Control were deployed within months by both sides. But eventually, it panned out differently because nobody wanted a warlike situation between two nuclear-armed countries.

A year-long, massive deployment ended without a conflict. But, it gave many lessons to the Indian military.

Operation Parakram exposed the Indian military’s slow pace of mobilisation, compared with Pakistan, which compromised New Delhi’s edge. The Indian military took much more time to mobilise than Pakistan. The Pakistan Army’s cantonments are nearer to the border while the country is also smaller. By the time, our strike corps or reserves could reach close to the LoC, it gave enough time for Pakistani forces to prepare well themselves.

A senior lieutenant-general, who was commanding a corps on the western border during Operation Parakram, told THE WEEK that India's advantage of early mobilisation was neutralised by Pakistan due to the latter’s proximity to the border. And, to avoid such a situation, the concept of ‘Cold Start’ was initiated. This was the biggest lesson for the Indian Army from Operation Parakram.

Cold Start involves selected formations creating an adequate force level to hit a soft spot and by the time a larger mobilisation takes place, India would already have an upper hand across the border.

The Cold Start doctrine of the Indian armed forces involves the swift deployment of troops on the western border within days if a situation threatening a full-blown war arises. Explaining the concept, an officer said that Cold Start aims to allow Indian forces to conduct sustained attacks while preventing nuclear retaliation from Pakistan. “The operation would be carried out by a unified battle group involving various branches of India’s military,” said the officer, who added that at the time of the Parliament attack, India did not have options like launching surgical strikes.

Realising its slow pace of mobilisation, since then, every winter, the Indian Army carries out a drill to check the pace of its mobilisation. One of the winter mobilisation exercises had led to the birth of a 'coup' conspiracy a few years back.

Some experts believe that militarily, at the end of the day, nothing was achieved by Operation Parakram. Rather, India lost many lives during de-mining activities. “It didn't leave a good taste for the military leadership. Politically, India got some brownie points for not initiating a war,” an officer added.

Mounting pressure from the US and European nations forced Pakistan’s ruler general Pervez Musharraf to deliver a speech on national television on January 12, 2002, that Pakistan “will not permit any terrorist activity from its soil”. While some observers claimed that Operation Parakram had instilled caution in Rawalpindi's behaviour, the 26/11 attack on Mumbai in 2008 proved otherwise.

By early 2003, troops withdrew to peace-time locations and it was believed that Operation Parakram had cost India over $3 billion.

In July 2003, then defence minister George Fernandes informed the Lok Sabha that India had lost 798 soldiers, even without formally going to war. These fatalities were caused by ammunition-related accidents, mine-related incidents and in some cases, friendly fire. In contrast, the 1999 Kargil war resulted in the death of 527 Indian troops.

One senior military officer maintained there was no aim or military objective for Operation Parakram and it was rather the most punishing mistake for the Indian armed forces. Another officer said, “If you take such decision, it must terminate at the situation that is advantageous to us. But, here we could gain nothing.”