Preparations on for temple construction in Mathura: UP deputy CM

Maurya rakes up temple issue ahead of Assembly polls 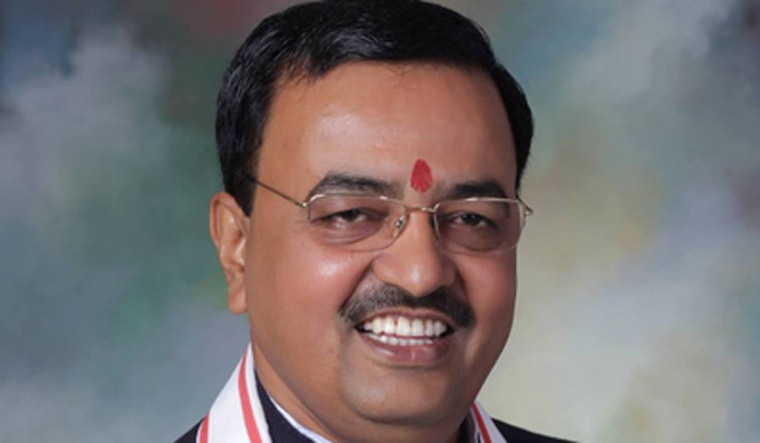 In a controversial remark that came just days ahead of the anniversary of Babri Masjid demolition, Uttar Pradesh Deputy Chief Minister Keshav Prasad Maurya said on Wednesday that preparations were on for the construction of a grand temple in Mathura.

"A grand temple in Ayodhya and Kashi is under construction; preparations are on for Mathura,” Maurya tweeted.

The minister's remark assumes significance as the state goes to polls early next year and the Bharatiya Janata Party under Yogi Adityanath is keen to retain power.

"BJP has the agenda of robbing the poor and filling the pockets of the rich, they have always worked to benefit the rich class. No rath yatra or new mantra is going to help BJP in the upcoming polls,” Samajwadi Party chief Akhilesh Yadav told ANI, reacting to Maurya's tweet.

The Akhil Bharat Hindu Mahasabha said it would hold a pre-worship bath ritual of child deity Bal Gopal at Shahi Jama Masjid on December 6. The outfit, however, rolled back its plans on Wednesday.

Mathura administration has beefed up the security in the district and declared the temple complex a Red Zone, deploying additional security personnel.

After ABHM's decision to cancel the ritual plan, various other Hindu outfits, which too had announced plans like undertaking Sankalp Yatra and holding Ram Leela, also have become cold to their respective proposals.

After the Supreme Court verdict in the decade-old Ram Janamabhoomi Babri Masjid case, a section of Hindu outfits has revived their demand for handing over of disputed religious sites at Kashi and Mathura to Hindus in the “interest of brotherhood”.

Last year, a civil court had dismissed a petition seeking removal of the Idgah Mosque which, the petitioners alleged, was built over Krishna Jnamabhoomi. According to the petitioners, the 17th mosque was built at the birthplace of Lord Krishna, within the 13-acre premises of the Katra Keshav Dev temple.

After the Ayodhya verdict, the Supreme Court has categorically maintained that no more status quo will be changed in connection with the disputes over religious places.