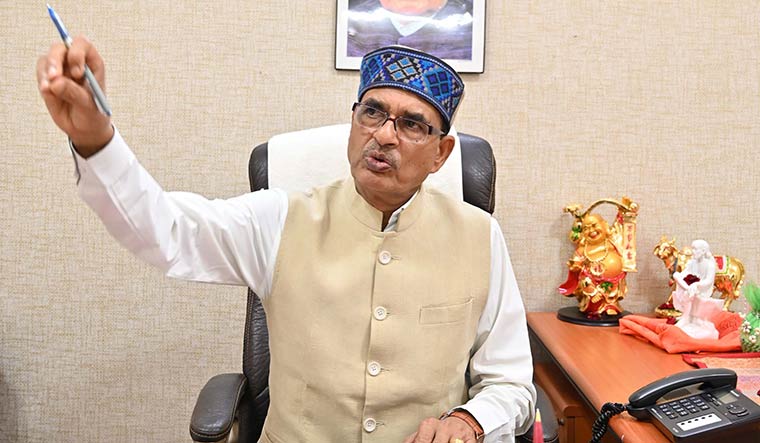 Another controversy erupted in Madhya Pradesh, on Monday, as Agriculture Minister Kamal Patel called Chief Minister Shivraj Singh Chouhan the reincarnation of tribal hero Tantya Bhil alias Tantya Mama, whose death anniversary is being celebrated by the ruling BJP on a massive scale as part of its tribal outreach programme.

A video of the minister's statement went viral, attracting criticism from the opposition Congress for comparing the chief minister with Tantya Mama, a 19th century tribal hero, hailed 'Indian Robinhood'.

The Congress said the comparison is an insult to the great tribal hero. Party spokesperson Narendra Saluja issued a statement, seeking apology from Patel and the ruling BJP.

Interestingly, Kamal Patel is considered to be belonging to the anti-Chouhan camp and had often criticised the functioning of the BJP government during it's previous tenure, especially over the issue of illegal sand mining. Patel had lost the 2013 assembly polls and was out of government then.

The BJP is trying to woo the crucial tribal vote in the state and is conducting a week-long programme to mark the death anniversary of Tantya Bhil (December 4) as part of this outreach. Patel's statement at a programme related to the death anniversary celebrations ('Tantya Mama Gaurav Yatra') of the tribal hero sounded a jarring note under the circumstances.

At the programme held at Khargone on Monday, Patel said, “Tantya Mama was born in 1842 and was martyred for the cause of the nation at the age of 47, but in our culture there is the concept of rebirth. One Tantya Mama was born in 1842 and the other mama (maternal uncle as Chouhan is popularly called) is Shivraj Singh Chouhan. Tantya Mama was called so because he was slim and slender. Our CM is also slim and slender, so he is a Tantya and he is called mama. Tantya Mama conducted marriages of girls, our CM also does this. Tantya Mama looted rich people and distributed wealth to the poor, our CM does not loot, but collects taxes from the rich and gives it away to the poor. So, there is a similarity. So we can say in a way that Tantya Mama was reincarnated in the form of CM Chouhan, who is working for welfare of people of the state considering them as a big family.”

Activist Anand Rai, who works for tribal rights, tweeted, “Sycophants led to the country being fettered to slavery. In the 2023 (assembly) elections, these sycophants will cause a downfall. Agriculture minister Kamal Patel is calling Shivraj a reincarnation of people's hero Tantya Bhil.”

Congress spokesman Saluja termed the statements of Patel absurd and objected to Tantya Mama being called a looter too, while seeking apology from the minister and BJP.