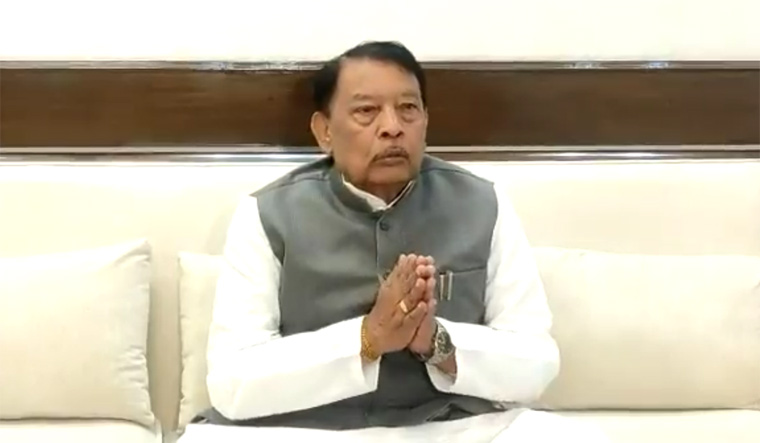 As the furore over the statements of Madhya Pradesh food and civil supplies minister Bisahulal Singh on 'upper caste' women grew louder, Chief Minister Shivraj Singh Chouhan summoned him to the CM House on Sunday and issued a warning to not repeat the act.

“Anyone making such statements that hurts sentiments and gives the wrong message will not be forgiven,” the CM said.

The minister, who had already issued a written statement and video message apologising for his comments, again apologised through a video message after meeting the CM in presence of State BJP president Vishnu Dutt Sharma.

“I have respected mothers and sisters throughout my life. If my one statement has hurt their sentiments, I apologise for that. Forgive me,” Bisahulal Singh, a tribal leader, said in the fresh video statement.

Singh was among the 21 MLAs/ministers who switched over from the Congress to the BJP in March 2020 along with Union minister Jyotiraditya Scindia. He was made a minister in Chouhan cabinet in July 2020 and later he won bypoll from Anuppur in November.

The chief minister’s action is being looked at as a major damage control exercise as recently there have been statements from prominent MP BJP leaders that have been perceived as disrespect to 'upper caste' communities.

MLA and ex-protem speaker Rameshwar Sharma had courted controversy last month after he indicated through the example of Jodha-Akbar that Rajput communities wedded their daughters to Mughal kings to retain power. He later apologised. He had also made abusive comments against Sindhi community during November 2018 polls as the Congress had pitted a Sindhi candidate against him.

The strict posturing by the chief minister on Sunday came after the Karni Sena—an organisation of the Rajput community—held statewide protests on Saturday against the minister. His car was mobbed by the Sena members at Bhopal BJP office and black flags were shown to him.

Meanwhile, Congress leaders too attacked the minister and demanded that he be sacked for disrespecting women and a particular community. Ex-minister Jaivardhan Singh (son of Digvijaya Singh) tweeted to issue warning that history was witness that even those who dared to raise eyes to women (of the community) were not spared, let alone those daring to drag them out of home.

As the commotion grew, state BJP president Sharma also tendered an apology on Sunday on behalf of the party for the statement of the minister. However, on the question whether there will be any action against Singh, Sharma just repeated that he was seeking forgiveness on behalf of the party.

Later, following a meeting with Sharma and Singh, the chief minister said, “I had summoned minister Bisahulal Singh. He has tendered a public apology for his statements. Whatever be the feelings, the wrong message should not go out. Every word should be weighed before uttering. I have warned that no statements of these kinds that could convey the wrong message should be made under any circumstances. Be it anyone, minister or party worker, if they manifest any feeling of this kind, which could give the wrong message, we will not forgive them. BJP workers and ministers have to maintain dignity always.”

Reacting to the developments, Congress spokesman Narendra Saluja said that when a tribal minister insulted 'upper castes', he was admonished for 2.5 hours and made to apologise repeatedly. “But when Muralidhar Rao insulted brahmins and baniyas and Rameshwar Sharma insulted Rajputs and Sindhis, the entire BJP was silent. This is the difference between bikau (in reference to those who switched over from Congress to BJP) and tikau (original BJP cadre),” Saluja said.