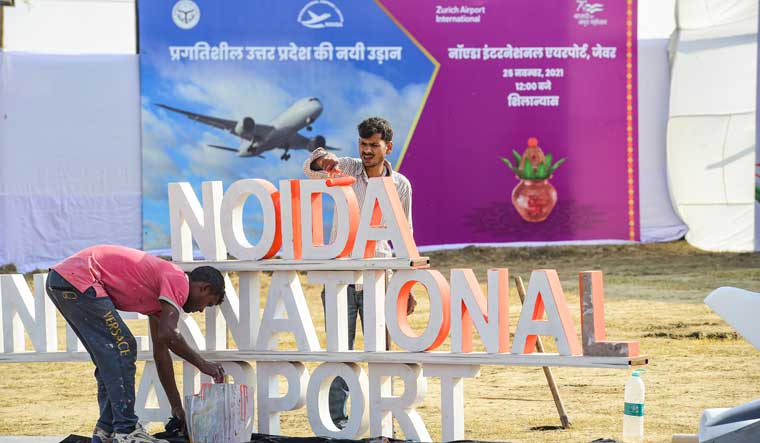 When Prime Minister Narendra Modi laid the foundation stone for the Noida International Airport at Jewar on Thursday, he declared it would be a logistics gateway for north India.

The Modi government and the BJP touted the Noida airport project as a major achievement in the run-up to next year’s Assembly polls in Uttar Pradesh. However, the project was soon the subject of trolling on social media. Fact checkers claimed government Twitter handles, Union ministers and BJP leaders had tweeted a video of the Noida airport that used an image of the Beijing Daxing International Airport.

While the video was deleted by the MyGov Hindi Twitter handle by Friday, the trolling continued. On Saturday, Congress MP Mallikarjun Kharge, leader of the opposition in the Rajya Sabha, tweeted the BJP had transformed into the “Beijing Janata Party”.

Samajwadi Party chief Akhilesh Yadav was quoted by Republic TV as saying, “This government is amazing. To show its development, they used to show photos of Kolkata flyovers, factories of America, now it shares photos of airports of neighbouring countries which have done the work of setting up villages in our borders. BJP's development is just an advertisement.”

Shiv Sena spokesperson Priyanka Chaturvedi shared a tweet by a Chinese journalist on the issue. Taking aim at Information and Broadcasting Minister Anurag Thakur, Chaturvedi wrote “When India’s I&B Minister is also in the same grid as fake image users. Giving fodder to hostile nations to ridicule us. Jewar Airport is important for India and UP, but using these borrowed images of Chinese airport is embarrassing.”