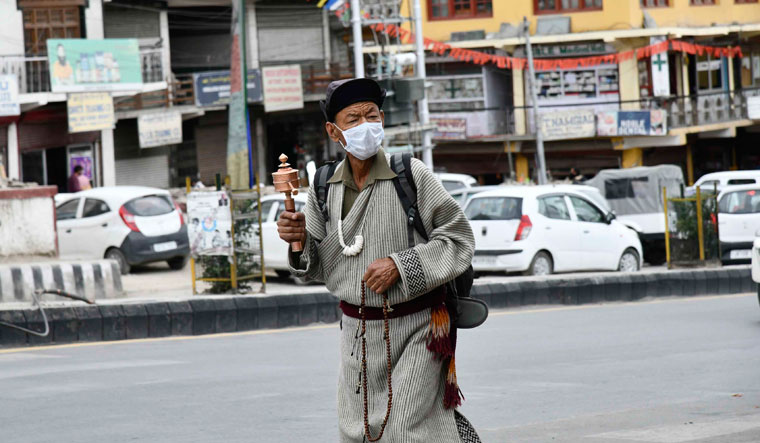 The Leh Apex Body and Kargil Democratic Alliance (KDA), which are seeking statehood for the Union territory of Ladakh, have suffered a serious setback after the Ladakh Buddhist Association (LBA) dissociated itself from the two alliances.

The LBA commands influence on social and political matters concerning Kargil and Leh, which are Buddhist-dominated districts in the region. The LBA announced its decision to quit the two bodies in a press conference on Thursday, which was addressed by the vice president of LBA, Tsewang Nurbu, and other representatives of the LBA Kargil.

The LBA joined the two bodies in August to support the demand for protecting Ladakh’s unique identity, culture and land and demography after the region was declared a Union territory after separating it from Jammu and Kashmir on August 5, 2019.

“The Leh Apex Body and Kargil Democratic Alliance have no right to speak on our behalf,” Nurbu said. He said the two bodies cannot take any decisions on their behalf.

The BJP—which won the last election to the Ladakh Autonomous Hill Development Council (LADHC) in Leh and also the single Lok Sabha seat of the region—is not part of the Apex Body.

The Apex Body and Democratic Alliance had been demanding statehood for Ladakh, constitutional safeguards under Sixth Schedule or similar status, two Lok Sabha seats and one Rajya Sabha seat and speedy recruitment of around 10,000 vacancies in the UT.

The Apex Body and Democratic Alliance have threatened to launch an agitation in case the Centre doesn’t accept their demands.

The demands by the two bodies have created a dilemma for the Centre as the people, mostly the Buddhists, had been demanding UT status for the past several years and the demand was fulfilled when Jammu and Kashmir was reorganised.

The Centre, however, is open to discussing the demand for status similar to Sixth Schedule.

The Union home ministry had promised to set up a committee for talks with the Apex Body and Democratic Alliance during a meeting between the groups and Union Minister of State for Home Nityanand Rai in Leh. However, the panel hasn’t been announced so far.