After TMC-BJP clashes in Tripura, all eyes on West Bengal corporation polls

Many fear TMC cadres may take revenge against BJP workers 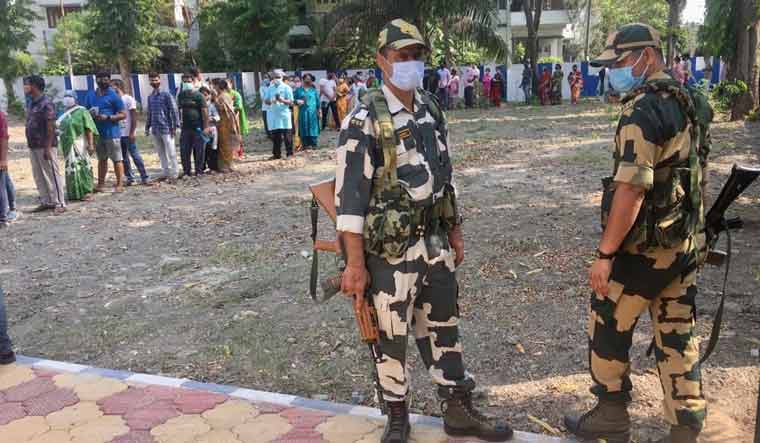 Even as the TMC raises the issue of political violence in Tripura, there are fears of further clashes between it and the BJP when the Kolkata and Howrah corporations go to polls next month.

The elections in Kolkata will be held on December 19.

The BJP has moved the Calcutta High Court saying that there are more than 100 municipalities and corporations where elections are pending but the West Bengal government is holding elections in two city corporations only.

In an affidavit, the West Bengal government said that the elections of the rest of the municipality and corporations would be held by April 30.

The election in Agartala Municipality passed more or less peacefully with no major incidents. But, days before the incident, the house of senior politician and TMC leader Subol Bhowmick was ransacked. Many TMC workers were attacked when their leaders from Bengal visited the state to campaign for the election.

Sayoni Ghosh, the leader of the women’s cell, was detained and given bail only the next day. A TMC delegation also met union home minister Amit Shah at his residence in New Delhi and submitted a petition. After this, the central armed police force was sent to Agartala to maintain law and order. This is unique as central armed police had to be deployed for a municipality poll in Tripura even when the state is no longer ridden by militancy.

Sayani said, “There is no scope of any free and fair election in Tripura. It is all rigged.”

Back in Bengal, the election fever again heated up. State Election Commissioner, Sourav Das, who earlier had said that he was not consulted before declaring the election date, today held a meeting with officials.

It has been decided that the Kolkata police commissioner, chief secretary, home secretary and director general would be in charge of law and order during the election. Das also said in the media briefing that a decision on deploying the central police force would also be taken by this committee headed by the chief secretary.

But the situation would be tasted only when the campaigns begin. Many fear that TMC cadres would take revenge against BJP workers like they did in Agartala and other parts of Tripura. Dilip Ghosh’s tea party today was attacked by some TMC workers.