No end to dynasty politics in sight, suggests list of all three parties for K’taka LC polls

Elections will be held to fill 25 seats 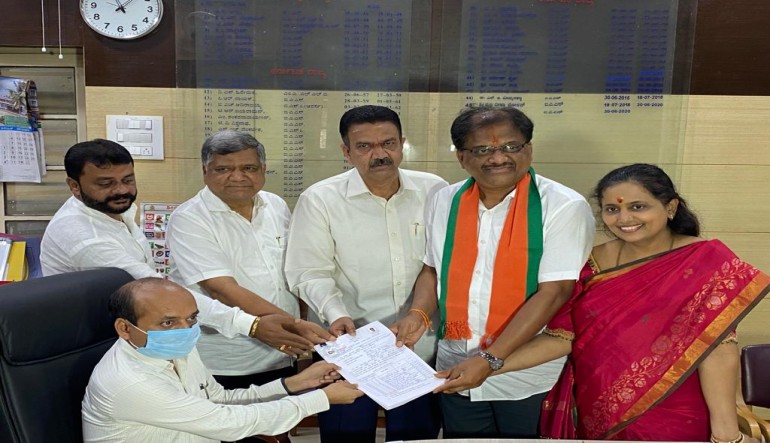 The final list of candidates of all three political parties for the December 10 Karnataka legislative council elections, to fill 25 seats (from 20 local Authorities), clearly indicates that “dynasty politics” is here to stay.

The BJP did not shy away from fielding family members of party leaders even as it retained MLC Pradeep Shettar, brother of former chief minister Jagadish Shettar from Dharwad, and fielded D.S. Arun, son of former legislative council chairman D.H. Shankaramurthy from Shivamogga, and Suja Kushalappa, elder brother of Madikeri MLA Appacchu Ranjan.

The JD(S), which is contesting in only seven seats citing dearth of candidates, was brazen in choosing Dr Suraj Revanna, grandson of former prime minister H.D. Deve Gowda, to contest from Hassan. Suraj, son of H.D. Revanna, former minister and sitting MLA from Holenarispura, will be the eighth member from Deve Gowda family to enter electoral politics. While his grandfather (Deve Gowda) is a Rajya Sabha member, his younger brother Prajwal Revanna is the MP from Hassan. Suraj’s mother Bhavani has been a zilla panchayat member, his uncle and former chief minister H.D. Kumaraswamy and his wife Anitha Kumaraswamy are both sitting MLAs from Channapatna and Ramanagara respectively. His cousin Nikhil Gowda had unsuccessfully contested from Mandya in the 2019 Lok Sabha polls (when Deve Gowda too had lost from Tumkur). 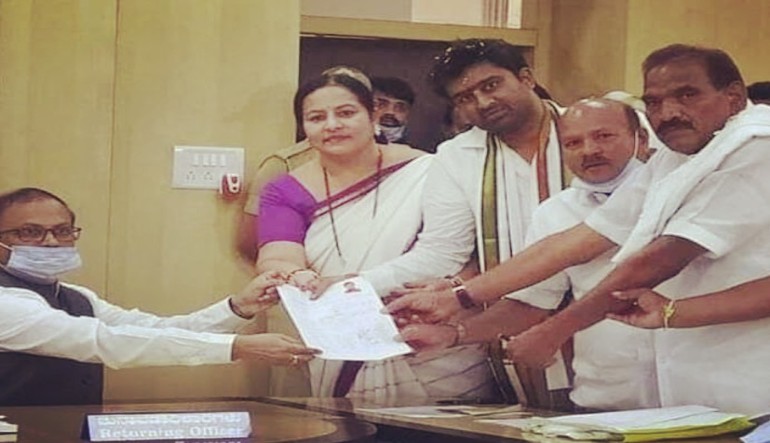 The BJP has decided to retain senior leaders—backward classes welfare minister and leader of the house and Kota Srinivas Poojary, who will fight the election from Dakshina Kannada, chief whip Mahantesh Kavatagimath who will seek a third term from Belagavi and  deputy chairman of the Council M.K. Pranesh will contest from Chikkamagaluru.

Senior Congress leader K.C. Kondaiah (71), a former MP and three-time MLC will be contesting from Ballari. Kondaiah continues to enjoy the support of the Gandhi family for his “sacrifice” of vacating the Ballari Lok Sabha seat for AICC chief Sonia Gandhi in 1999. Sonia had contested from Ballari and defeated BJP’s firebrand leader Sushma Swaraj. 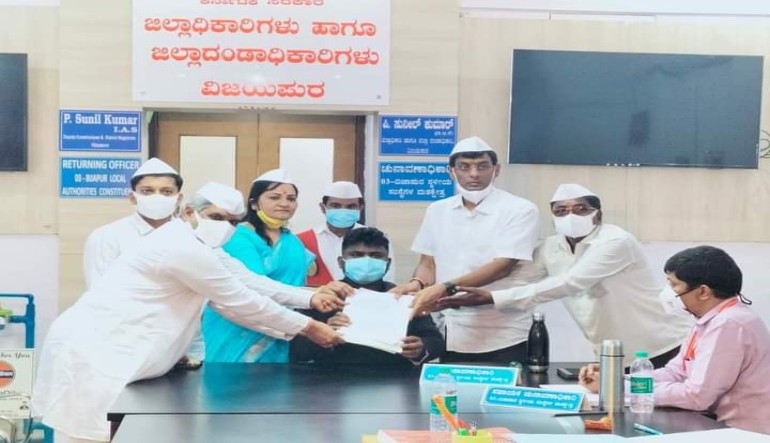 The ticket distribution in the Congress has triggered dissent as the factional feuds between the supporters of KPCC chief D.K. Shivakumar and CLP leader Siddaramaiah is now in the open.  The candidates—B. Somashekhar (Chitradurga) and R. Rajendra (Tumakuru), son of Congress rebel K.N. Rajanna, have identified with the Siddaramaiah camp, while Dr Mantar Gowda (Kodagu), son of BJP leader and former minister A. Manju, and S.Ravi (Bangalore Rural) are Shivakumar loyalists. A surprise pick is Dinesh Gooligowda, who was the OSD (officer on special duty) to cooperation minister and BJP leader S.T. Somashekhar. KPCC working president and former MLC Saleem Ahmed will be contesting from Hubli-Dharwad-Gadag-Haveri seat.

The elections necessitated due to the retirement of sitting members on January 5, 2022, is being seen as an opportunity by all three political parties to increase their numbers in the upper house, ahead of the crucial assembly elections in 2023. The ruling BJP, that holds 32 seats in the 75-member house, is hoping to achieve majority as it would make the passage of crucial bills easier. While, the Congress with 29 seats and JD(S) with 12 are gearing up for a fight to thwart BJP’s efforts to secure a majority in the upper house.