People of Bihar to take a pledge against consuming alcohol 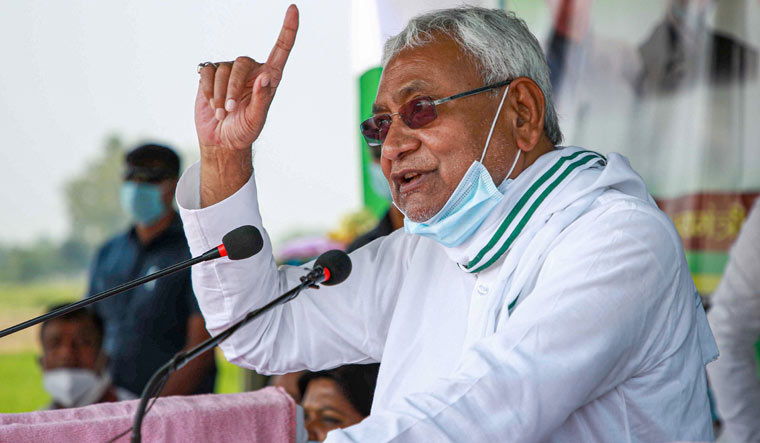 Bihar government employees and the people of the state would take pledge on November 26 that they would not consume liquor, Chief Minister Nitish Kumar announced on Monday.

Speaking to reporters, Kumar said the prohibition is being strictly enforced in the state and directions have been issued not to spare anyone, including government employees.

The opposition RJD has been criticising the state government, alleging that the police were harassing people of the state by raiding weddings in the name of prohibition.

"All law enforcement agencies have been instructed to ensure proper implementation of liquor ban across the state. Strict action will be taken against violators, including government officials," Kumar said.

All government employees and the people of the state will take pledge on November 26 on the occasion of 'Prohibition Day' that they will neither consume liquor nor allow its sale, he said.

Justifying the raids at the weddings, Kumar said the police were acting on the basis of complaints it were receiving. "Police received complaints that liquor was being served at some weddings. When police get such inputs, they take action. Those who are not involved should not worry at all."

The Patna Police raided more than 60 hotels and wedding halls over the last few days and arrested several people on charges of consuming and providing liquor, officials said.

Hitting out at Kumar over the raids, former chief minister Rabri Devi said the state police were harassing people on the pretext of prohibition.

She tweeted a purported video of one such raid, in which policemen could be seen entering the bride's room without the presence of any female police personnel. The video triggered a backlash with the opposition parties slamming the police for "insulting and harassing" innocent people.

Leader of Opposition Tejashwi Yadav alleged that Kumar and his ministers were involved in liquor trade in the state.