Kejriwal is expected to be in Moga on Monday 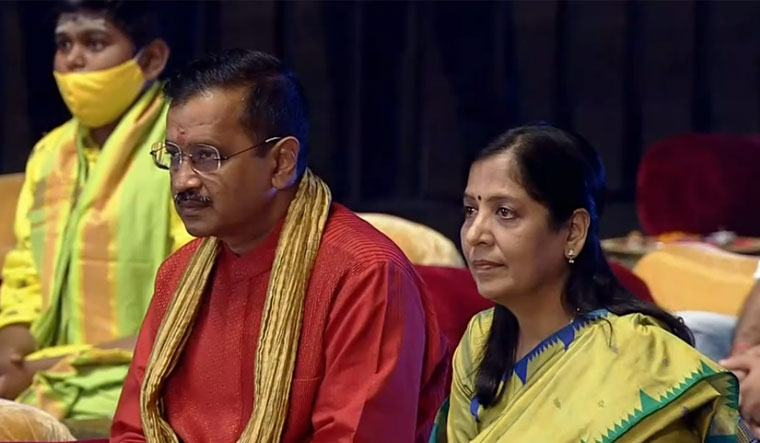 Lawyer-activist Prashant Bhushan, one of the founding members of the Aam Aadmi Party, has been critical of Arvind Kejriwal even before he was expelled from the outfit in 2015.

Bhushan and Yogendra Yadav were expelled in 2015 for their criticism of Kejriwal's “dictatorial ways”.

On Sunday, Bhushan tweeted about the AAP's election plans in Punjab. Interestingly, Kejriwal is expected to be in Moga on Monday, where he will make several major announcements on the AAP's plans for next year's elections.

Bhushan reiterated an old allegation made by critics of Kejriwal: The Delhi chief minister wants to become CM of Punjab. Tweeting a news article on dissension in the AAP Punjab unit, Bhushan said, “As happened in 2017 too, Kejriwal refuses to announce a CM candidate from Punjab leading to exodus from party. I have no doubt that his reluctance stems from his desire to become CM of Punjab, should AAP win. That is a distant dream now.”

The Congress and Shiromani Akali Dal had targeted Kejriwal over the chief minister's post in the run-up to the 2017 Assembly election. While the AAP did not explicitly project Kejriwal as chief ministerial candidate, the party had claimed the Delhi CM would ensure promises were fulfilled if it won.

For instance, The Hindu quoted Delhi Deputy Chief Minister Manish Sisodia as telling a gathering in Mohali in January 2017, “When you are voting, you vote thinking that you are voting to make Arvind Kejriwal as the chief minister. Your vote is for Kejriwal... The public was asking me who will be the chief minister. I told them they should believe that Arvind Kejriwal is going to be Punjab’s CM... MLAs will decide who their CM is going to be, but I can assure you that all promises made by the party will be honoured by Mr. Kejriwal.”

Then Punjab deputy chief minister Sukhbir Singh Badal latched on to the statement, claiming “Kejriwal has been salivating to become chief minister of Punjab since two years now”.

Rahul Gandhi had attacked Kejriwal over issue, claiming the latter was a dictator, who wanted to “run away from Delhi because he is unable to run the government there”.

While the AAP is yet to name a chief ministerial candidate in Punjab for next year's polls, Kejriwal had announced in June the candidate would be from the Sikh community and would be a person “of whom Punjab would be proud”.