Lokka was hiding under a fake name, Pradeep Singh, in a house in the city 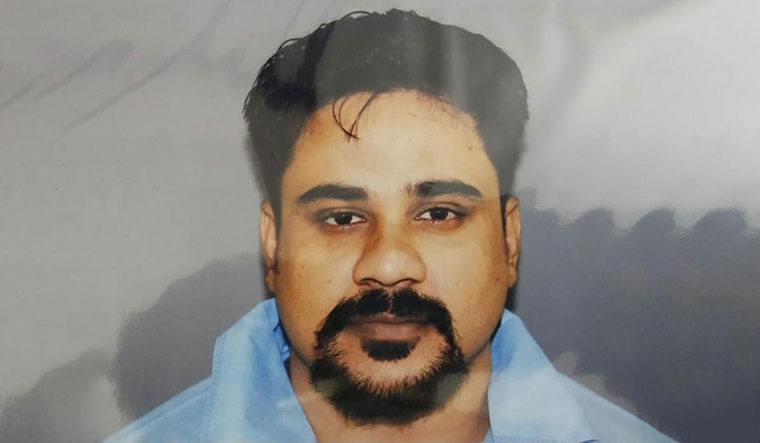 Sri Lankan gangster Angoda Lokka aka Maddumage Lasantha Chandana Perera, who died due to cardiac arrest while staying under a false name in Coimbatore, was planning to leave India, The Hindu reported. DNA tests had confirmed his identity on Tuesday. Lokka was hiding under a fake name, Pradeep Singh, in a house in the city. He died on July 3, 2020. After post-mortem, the body was taken and cremated in Madurai. Since there was a suspicion about the identity, CB-CID police, with the help of the Sri Lankan government, managed to get DNA samples from his mother, which were sent to forensic laboratory in Chennai. The test results revealed that the dead person was Lokka.

ALSO READ: Who was Angoda Lokka?

According to case details accessed by THE WEEK, Lokka was a drug peddler and an underworld operative with several murders to his name. His first arrest was on January 18, 2011, for a murder committed within Wellampitiya police station limits. Several other murder cases followed. Then, in 2017, after a bus shooting in Kalutara that he was suspected to have engineered, Lokka went missing. Soon after Lokka went missing, the Interpol issued a Red Notice against him. “We could not trace his whereabouts,” said a source in the Sri Lankan police. The source said that he had fled the country on a fake passport. It is not clear if he came to India directly.

On September 25, 2019, history-sheeter Konda Tharaka was shot dead at Hanwella, about 30km from Colombo. The shooters were allegedly Lokka’s associates; police suspected that he stayed in touch with them through WhatsApp calls. “He is the prime suspect in the Tharaka murder case,” said Deshabandu Tennakoon, deputy inspector general of police, Western Province.

After arriving in India, Lokka stayed in Bengaluru for a few months and then in Madurai. His final stop was Coimbatore, where he first lived in Saravanampatti and then in Cheran Ma Nagar. He had been living in the last location for at least three months, police sources said. “He landed first in Bengaluru with his fake passport and forged documents,” said a police source. “He took the help of T. Sivakami Sundari, a lawyer from Madurai. He was referred to her by a Sri Lankan friend living in Dubai.” He then moved to Tamil Nadu. Sivakami, who had friends in the Sri Lankan refugee camp near Madurai, reached out to a Thiyaneswaran for help; together, they got Lokka an Aadhaar card and other documents under the alias Pradeep Singh.