The massive operation started on November 14 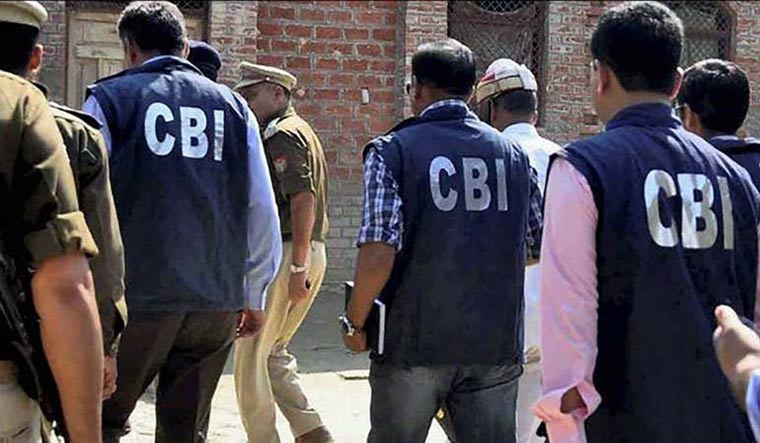 In its biggest pan-India crackdown on peddlers of online child sexual exploitation material (CSEM), the CBI on Tuesday carried out coordinated raids at 77 locations in 14 states and detained 10 accused for allegedly posting and circulating the illicit content on the Internet.

Arrest formalities are going on for the 10 accused who have been detained, officials said adding that the number of arrested people may go up as the probe continues.

"It was alleged that various syndicates of individuals based in different parts of India and foreign countries were indulging in circulating, storing and viewing CSEM through various social media platforms/groups. It was also alleged that persons were disseminating CSEM by way of sharing links, videos, pictures, texts, posts and hosting of such content on social media groups/platforms and third-party storage/hosting platforms," CBI Spokesperson RC Joshi said.

The massive operation started on November 14, i.e. children's day, with the registration of 23 separate FIRs against 83 accused which continued till the next day.

The FIRs were based on inputs provided by a special CBI unit, Online Child Sexual Abuse and Exploitation Prevention/ Investigation (OCSAE), which tracks and monitors posting, circulation and downloads of CSEM on the Internet.

Under the scanner were over 50 social media groups having more than 5,000 alleged offenders sharing child sexual abuse material with some accused based in countries like Pakistan, Canada, Bangladesh, Nigeria, Indonesia, Azerbaijan, Sri Lanka, the US, Saudi Arabia, Yemen, Egypt and the UK.

"Many of these groups also have involvement of foreign nationals. It was initially learnt that there may be involvement of nationals of around 100 countries... The CBI is coordinating with sister agencies through formal and informal channels. Searches and development of further leads is underway and the investigation is continuing," Joshi said.

Over 400 CBI officers drawn from agency's different offices were kept ready on early Tuesday morning to launch the raids at premises of the accused. After getting a go-ahead from the top brass, teams swooped down at 77 locations across India.

The searches were also held in Ajmer, Jaipur, Jhunjhunu and Nagaur in Rajasthan; Gwalior in Madhya Pradesh; Jalgaon, Salwad and Dhule in Maharashtra; Korba in Chhattisgarh and Solan in Himachal Pradesh, Joshi said.

At Dhenkanal, the CBI team was attacked by a mob that brandished lathis as it objected to the raid on an accused. The team called the town police for help which dispersed the crowd. The accused reportedly accepted being part of a WhatsApp group on which he was sharing adult content sourced from the Internet and he was being paid for it.

The CBI teams seized a number of electronic gadgets, including mobiles and laptops, allegedly used in dissemination of the illicit content and they would be sent for forensic examination, he said.

The probe has revealed that some individuals were involved in trading of CSEM material, Joshi said.

"Globally, the importance of recognising and combating online child sexual abuse has been acknowledged. Every year, a lot of children face abuse which becomes more horrific when online platforms are used. It is a challenge for all stakeholders, including law enforcement agencies. Cooperation amongst law enforcement agencies is paramount for tackling this menace," he said.

Joshi said the CBI as a National Central Bureau (Interpol-India) is uniquely placed to coordinate such matters having national and international ramifications.