Singh urged party activists from the OBC, forward communities to reach out to dalits 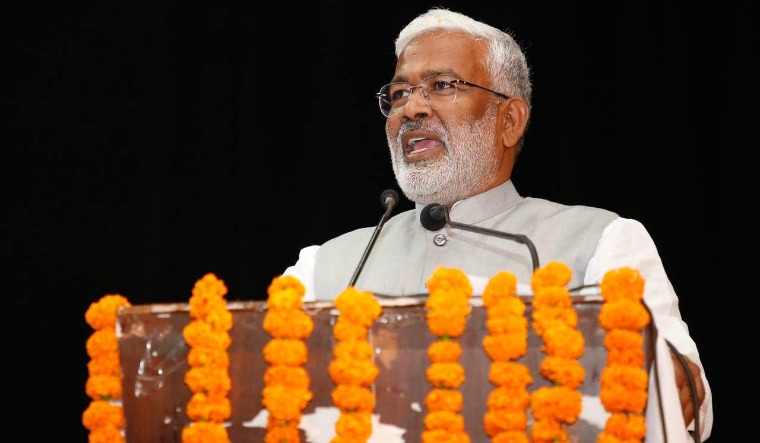 All major (and minor) political players in Uttar Pradesh are furiously preparing for the assembly polls scheduled to be held by the first half of next year.

Union Home Minister Amit Shah was in the state on Friday and Saturday to hold planning meetings for the upcoming campaign.

Dalits remain a major voting group in Uttar Pradesh, accounting for about 21 per cent of the population. Support from dalit communities had helped fuel the BJP’s spectacular performances in the 2014 and 2019 Lok Sabha polls and was a factor in its victory in the 2017 assembly polls.

At the Vaishya Vyapari Sammelan, Swatantra Dev Singh told BJP activists to have tea with up to “100 dalits and make them understand that votes are cast on the basis of nationalism, and not on the basis of caste, money or region”.

“I am appealing you. You go among your communities. But also have tea at least once in over a thousand houses of dalits, the exploited and the deprived families. If you are offered tea there, that means your stature is okay. If he offers cashew with tea, it means your stature has grown. And if he offers lunch along with tea, then it is confirmed that the family has got associated with the BJP. If you visit a home for 10 days and you are not offered tea and [are] driven away, then keep trying to get tea offered there. You have to visit a thousand times. Your visits will make the party stronger and you will also become a tall leader,” Swatantra Dev Singh was quoted as saying by The Indian Express.