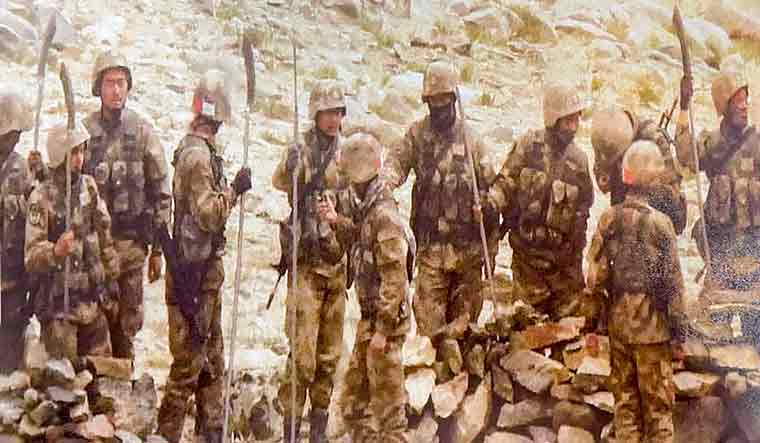 China’s People Liberation Army personnel are carrying out a survey of the villages and border posts in Pakistan-occupied-Kashmir, reports said on Wednesday quoting security sources. They said Indian forces are keeping a close watch on the situation.

According to an IANS report, around four dozen PLA soldiers arrived in Kel, Jura and Leepa sectors of PoK a month ago. They divided themselves into groups of five or six each, and visited a number of villages in the area.

A senior government officer told the news agency that the activities of Chinese troops in PoK indicate their intention to build model villages in the region, which can be used both by civilians and military.

China is making huge investments in PoK as Beijing’s ambitious China-Pakistan Economic Corridor traverses through this region. Earlier, too, reports had suggested the presence of PLA personnel in PoK.

The US Department of Defence in its recent report had said China built a large 100-home civilian village inside disputed territory between its Tibet Autonomous Region and India's Arunachal Pradesh in the eastern sector of the LAC.

In the report on military and security developments involving China, the US department said China had continued taking "incremental and tactical" actions to press its claims at the LAC despite its ongoing diplomatic and military dialogues with India to reduce border tensions.

However, sources in India's security establishment sought to downplay the report, saying the villages were being built in a territory controlled by the Chinese military for nearly six decades.

"The village along the disputed border in the upper Subansiri district is in the territory controlled by China. They have, for years, maintained an Army post in the region and the various constructions undertaken by the Chinese have not happened in a short time," a source told news agency PTI.