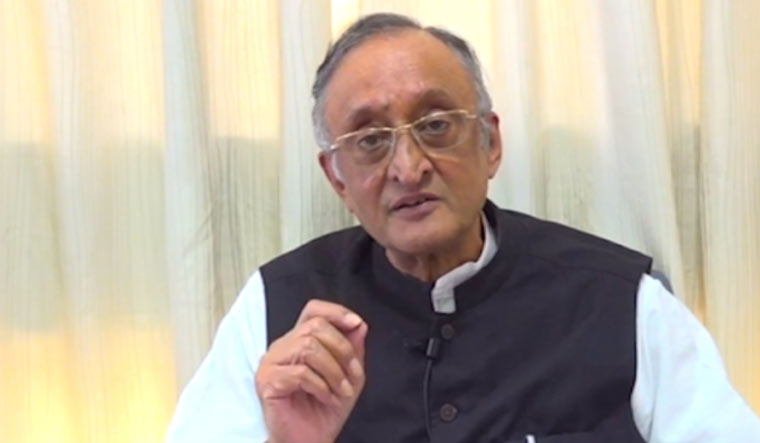 Amit Mitra, who has held the finance portfolio in West Bengal over the past decade, is set to get appointed as the principal chief adviser to the chief minister and the finance department, with his tenure as state minister having ended on November 5.

He has been given the status of a cabinet-rank minister.

Mitra (73), who had expressed his desire to retire from active politics due to "ill health", refrained from contesting the assembly elections held earlier in the year.

Although he was retained as the finance minister after the TMC returned to power for the third consecutive term, his tenure ended last week, in conformity with the constitutional provisions.

The Constitution allows a non-member of a state legislature or Parliament to continue in a ministerial position for only six months.

"During today's cabinet meeting, it was decided that Amit Mitra will be made the principal chief adviser to the chief minister in matters related to finance. It will be a cabinet-rank post," state parliamentary affairs minister Partha Chatterjee told reporters on Tuesday.

Chatterjee also said that the cabinet has decided that henceforth the area required to identify a plot as an industrial park has been reduced from 20 acres to five acres.

Although there was no official word, yet sources said re-allocation of ministries were made at the meeting.

"Mamata Banerjee, for the time being, will handle the finance department. Chandrima Bhattacharya has been given the additional charge as minister of state in that department," a senior official said.

Public Health Engineering Department minister Pulak Ray has been asked to look after the panchayat portfolio, following the demise of Subrata Mukherjee, he said.

"Manas Bhunia, who presently holds the portfolio of irrigation department, has been asked to look after consumer affairs department as Sadhan Pande is currently ill. The department of Industrial reconstruction has been allotted to state industry minister Partha Chatterjee. The announcements have not been made yet as a notification in this regard will be issued shortly," the official said on the condition of anonymity.

Few other junior ministers such as Becharam Manna and Birbhaha Hansda have been given additional charges as ministers of state for the panchayat department and consumer affairs, he added.