'Which fool will ask us..': KCR says no reduction of VAT on petrol, diesel in Telangana 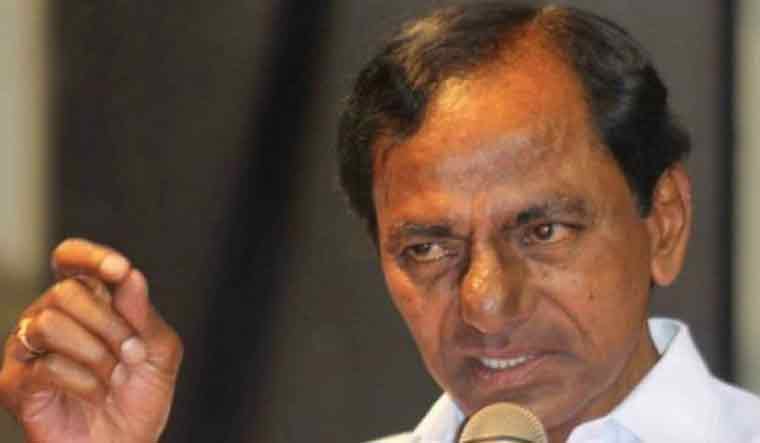 Stating that the BJP has no moral right to ask States to reduce VAT on petrol and diesel, Telangana Chief Minister K Chandrashekhar Rao on Sunday demanded the NDA government at the Centre to remove the cess on the petroleum products.

Slamming the state BJP leaders who announced agitational programmes against the TRS government for discouraging farmers not to go for paddy cultivation this Rabi season, KCR, as the chief minister is popularly known, said it was the Centre which is not willing to procure paddy from the State.

KCR told reporters here this evening that the ruling TRS government has not increased VAT on petroleum products and the question of reduction does not arise.

"The cess on petrol and diesel should be withdrawn. We will not allow you to rest [until the NDA government does that]. The entire paddy grown in Telangana should be procured by the Centre. The state BJP leaders should stop making hollow statements and they need to make the Centre agree to this and get orders accordingly," KCR said.

He said though the international crude prices are still hovering at a lower range, the Centre in the name of cess inflated the fuel prices therby burdening the common man.

According to him, the international prices never touched $105 per barrel after 2014, though the Centre increased the prices. "We have not hiked VAT. We have not increased even a paisa so the question of reduction does not arise. Ever since the TRS government was formed, VAT has not been increased. Which fool will ask us to decrease (VAT)? The fool who increased it will have to reduce it," KCR said.

"We will continue to fight...and we will hold dharna for withdrawing cess on petrol and diesel," he said.

"These people are lying about the international [crude] prices. They are imposing cess so that it would not come under the divisible pool. It is burdening the common people. They are evading states' devolution," KCR alleged.

The Telangana BJP chief B. Sanjay Kumar on Saturday announced that the party would take up agitational programmes to ensure the State government also reduces the VAT. He also demanded that the state government should buy paddy from farmers.