"It is a matter of serious concern," said Nitish 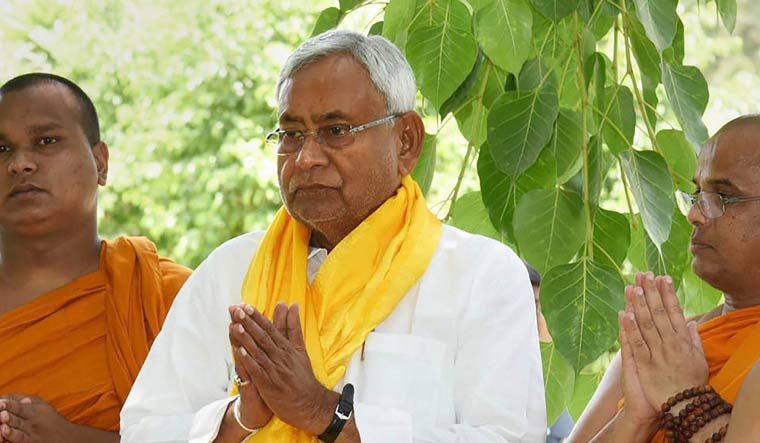 Bihar Chief Minister Nitish Kumar met Jammu and Kashmir Lieutenant Governor Manoj Sinha, amid a surge in attacks against migrant labourers, largely Bihari, in the Union Territory (UT). He called the attacks as one sparking an "atmosphere of fear". "It is a matter of serious concern that people who have gone for work are being deliberately targeted in J&K. Authorities concerned must remain alert to check such incidents there," he told reporters.

The meeting comes amid reports that dozens of panic-stricken migrant labourers reached Jammu from the Kashmir valley to head to their native places in Bihar, Chhattisgarh and other parts of the country. Lakhs of migrant labourers usually return from the state before the onset of winter to escape the freezing cold, but the recent killing of five labourers in different parts of Kashmir by terrorists has triggered fear among them and some of them have started returning to their native places ahead of the schedule.

Jammu and Kashmir BJP chief Ravinder Raina requested the migrant labourers to stay back in the Valley as he said "one has to work together to defeat Pakistani conspiracies". "Our brave Army, police and paramilitary forces carried out successful counter-terrorism operations and killed a large number of top commanders along with their associates. The stepped up anti-terrorism operations caused frustration and desperation among their ranks," Raina said in a statement. He said Pakistan, which is sponsoring terrorism in Jammu and Kashmir for the past three decades, hatched a conspiracy to carry out selective killings, especially those of non-local businessmen and migrant labourers to trigger fear among the people and disturb peace in the region.

Two labourers from Bihar were gunned down by terrorists in Kulgam district on Sunday, taking the number of civilians killed in targeted attacks in J&K this month to 11. Sunday's was the third attack on non-local labourers in less than 24 hours. The deceased have been identified as Raja Rishidev and Joginder Rishidev, while Chunchun Rishidev was injured. Arvind Kumar Sah, a golgappa seller, was shot dead a few days ago.