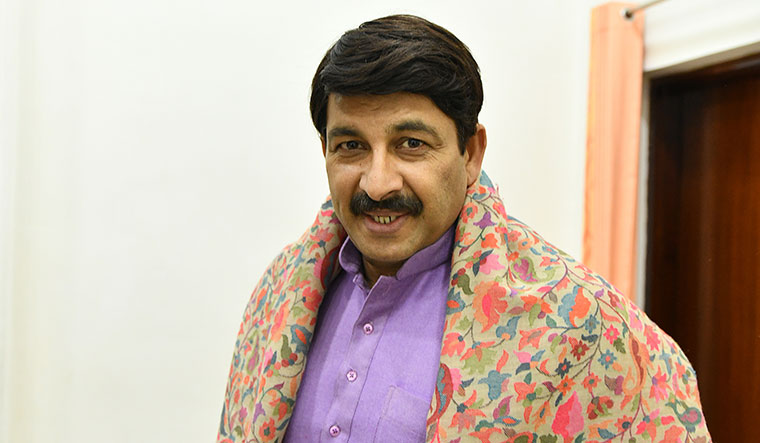 Delhi BJP leaders and workers staged a protest near Chief Minister Arvind Kejriwal's residence in New Delhi on Tuesday against the ban on celebration of Chhath festival in the capital.

BJP MP Manoj Tiwari got injured during the protest and was rushed to Safdarjung hospital. He sustained an injury on his ear, said party leader Neelkant Bakshi.

Delhi BJP president Adesh Gupta and others condemned Kejriwal-led Delhi government for the ban on the festival that is celebrated by lakhs of Purvanchalis in the capital.

Delhi Disaster Management Authority (DDMA), in its order on September 30, prohibited Chhath at riverbanks, water bodies and other public places in view of COVID-19.

However, Gupta asserted on Monday that Chhath would be celebrated grandly and the BJP-ruled municipal corporations would make arrangements for it.

The protesters demanded Kejriwal government to send a proposal to DDMA for lifting the ban on the festival.

Earlier, Kejriwal had said the decision to prohibit of Chhath at public places was taken in view of health and safety of the people.