Sooraj's sentence would be pronounced on Wednesday 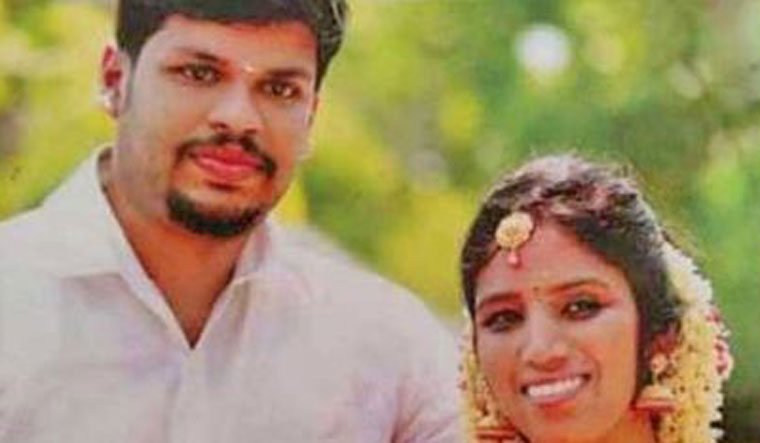 Sooraj and Uthra | Via onmanorama

A court in Kerala's Kollam district on Monday convicted for murder the husband of a 25-year-old woman who died due to a snake bite.

The court convicted Sooraj for killing his wife Uthra by letting a cobra bite her in her sleep in May last year.

His sentence would be pronounced on Wednesday, the Kollam sixth additional sessions court said.

Reacting to the court's decision, state police chief Anil Kant said this was one of the rarest cases in which the accused has been found guilty on the basis of circumstantial evidence. Hailing the police team that investigated the case, he said it was one of the shining examples of how scientifically and professionally a murder case was investigated and detected. "The case was a difficult one", he told reporters in Thiruvananthapuram.

He said the investigation team worked very hard analysing forensic medicine, fibre data, DNA of the animal and other evidence to crack the case.