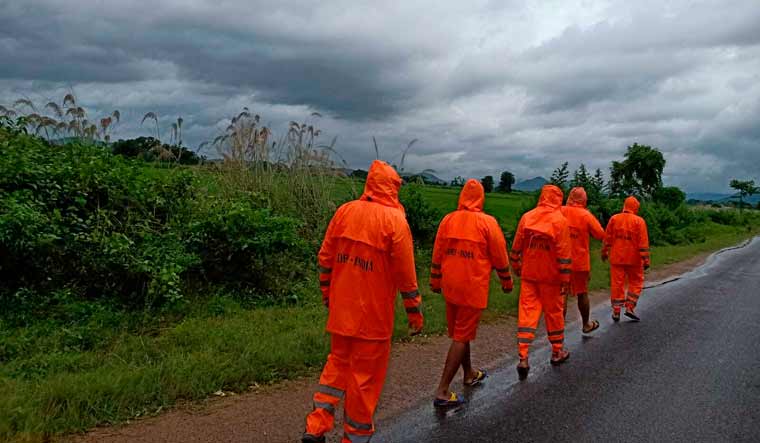 Cyclone Gulab weakened into a deep depression over north Andhra Pradesh and is likely to continue to move west-northwestwards, weakening further into a depression during the next six hours, the India Meteorological Department (IMD) said on Monday. As the cyclone made landfall, heavy rains and strong winds hit Srikakulam in Andhra Pradesh on Sunday evening.

Thirteen teams of the National Disaster Response Force (NDRF) have been deployed in Odisha and five in Andhra Pradesh, according to reports.

At least two people have been reported dead. Two of the six fishermen from Srikakulam district whose boat lost balance in the storm, have died while another person is missing. Three others have managed to reach back to the shore.

Odisha Chief Minister Naveen Patnaik said all efforts be made to protect each and every person in the seven identified districts of Ganjam, Gajapati, Kandhamal, Koraput, Rayagada, Nabarangpur and Malkangiri. As many as 16,000 villagers have been evacuated from Ganjam district.

Prime Minister Narendra Modi spoke to Andhra Pradesh Chief Minister Y.S. Jagan Mohan Reddy and Odisha CM Patnaik and took stock of the situation arising in the wake of Cyclone Gulab. He also assured them all possible support from the Centre. "Praying for the safety and well-being of everybody," the prime minister said in a tweet.