Gangster Jitender Gogi among 3 killed in shooting inside Delhi court 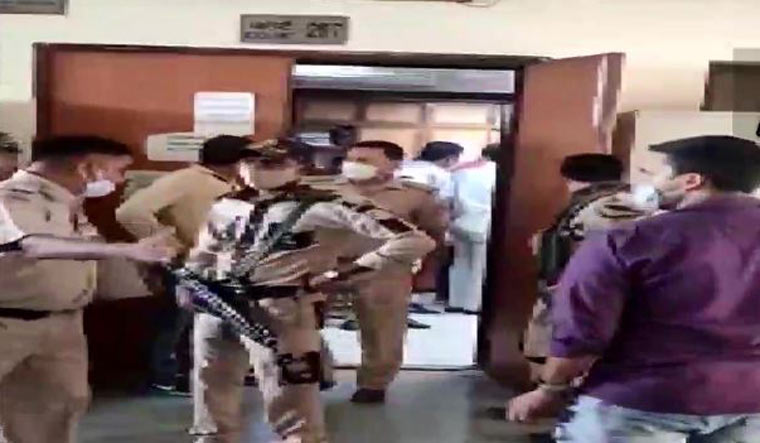 A dreaded gangster, Jitender Gogi, was among three people shot dead in a shootout in a court in the district court complex in Rohini, Delhi, on Friday. Gogi had been lodged in Tihar jail.

News 18 quoted Delhi Police Commissioner Rakesh Asthana as saying the assailants, who belonged to the ‘Tillu’ gang, were “neutralised" by the police. Asthana said that it was not a gang war.

Gogi took to crime in 2010 after his father's death. He was wanted in several murder cases, including killings of gangsters. He fled from police custody in 2016 in Haryana. He was arrested from an apartment in Gurgaon in 2020. At the time of his arrest, there was a reward of Rs 8 lakh on Gogi's head.

In 2021, Delhi Police arrested him under provisions of the stringent MCOCA for carrying out his criminal activities in jail. He had been charged with 19 cases of murder and attempted murder besides cases of extortion and dacoity.

(With inputs from Aayush Goel)