"Hindustan belongs to Hindus. Every man is a Hindu here," he said 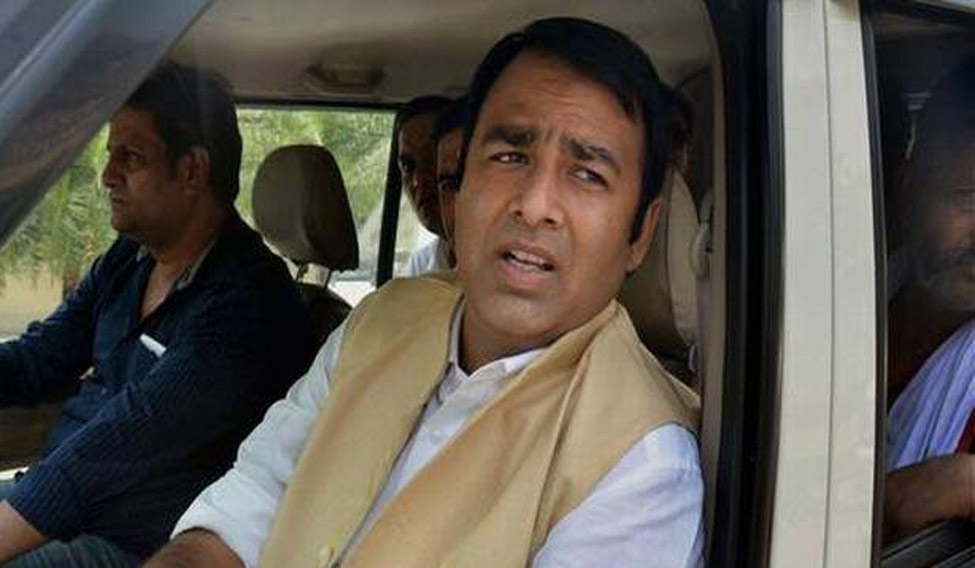 The BJP will rebuild all temples which were demolished to construct mosques, the party's Uttar Pradesh MLA from Sardhana assembly seat in Meerut, Sangeet Som, asserted on Tuesday.

Som made the assertion while dubbing former UP Chief Minister Akhilesh Yadav a seasonal Hindu.

People who caned seers during their regime are now visiting Haridwar to tender apologies to them and have ended up proclaiming to build Lord Vishvakarma temple, he said, taking a dig at the previous Samajwadi Party government.

Som was addressing a news conference, convened to detail the achievements of the Yogi Adityanath government in the last four and half years.

Mocking Samajwadi Party chief Akhilesh Yadav, he said, Ahead of the upcoming UP assembly elections, many people become seasonal Hindus. The people who ordered firing at devotees are now talking of building temples, he said.

Those who caned seers are now tendering apologies to them with folded hands, he added.

A temple will be rebuilt whereever mosques have been constructed after demolishing them, he said. "Hindustan belongs to Hindus. Every man is a Hindu here. Even the Muslims are Hindus," he claimed.

Prone to make controversial statements, Som, also an accused in the 2013 Muzaffarnagar  communal riots case, claimed that BJP will form government once again in Uttar Pradesh by winning at least 350 seats in the upcoming state assembly elections.