Dixit clarified his remark, saying he was quoted out of context 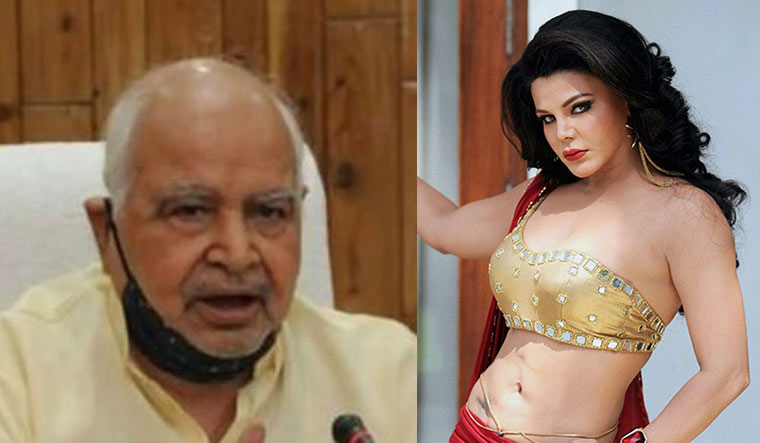 Dixit had said in a public meeting at Unnao on Sunday that if small clothes would lead to greatness, Sawant would be greater than Gandhi.

Later, Dixit took to social media to clarify his statement saying that it was in continuation of the manner in which the person conducting the meeting had introduced him.

“He said that I was an enlightened writer. I responded that writing a few books did not make one enlightened. Mahatma Gandhi used to wear few clothes. The country used to call him ‘Bapu’. But this does not mean that Rakshi Sawant will also become Gandhi. Friends are appealed to understand my utterance in its true context,” wrote Dixit.

Sawant, known for her outrageous statements, is a big entertainer who has appeared in reality shows like Big Boss.

On Monday, a Congress spokesperson said Dixit’s remark was an insult not only to Gandhi but also to Subhash Chandra Bose who had given Gandhi the epithet ‘Mahatma’.

Though history books record that it was Rabindranath Tagore who adorned Gandhi with the title of Mahatma in 1915, the response to an RTI query in 2012 revealed that the Prime Minister’s Office had no information with regard to it.

The Congress unit in the state is not bothered with these details as it announced that the statement is also disrespectful to the women of India.

Krishnakant Pandey, a party spokesperson, said in Lucknow that those who idolized a man who wore a suit worth Rs 10 lakhs could never appreciate why Gandhi chose to clad himself so scantily.

“They do not understand why he adopted the clothes of the poorest person in the country”, said Pandey.

He also demanded that the speaker apologise to the country for his remark.

“The manner in which Gandhiji fought for the country’s independence is a lesson to the whole world. However, the RSS and its organizations, busy in the sycophancy of the British, always opposed him”, Pandey said.