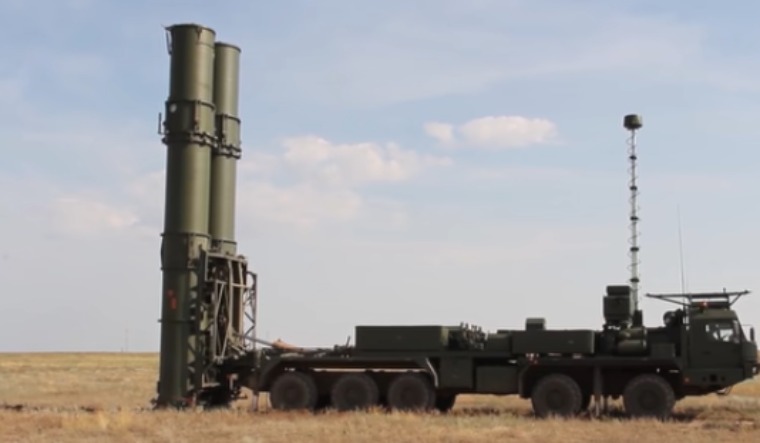 The S-500 launchers | Ministry of Defence of the Russian Federation

The S-500 is capable of intercepting stealth aircraft, long-range ballistic missiles and hypersonic cruise missiles. It uses a number of different surface-to-air missiles.

The S-500 is intended to be complementary to the S-400 missile defence system. While the S-400 is primarily meant to shoot down a range of aerial targets like aircraft and cruise missiles, the S-500 can destroy ballistic missiles, which are much faster and need to be shot down at significantly higher altitudes. Analysts claim the S-500 could even target satellites in low-earth orbit.

Borisov told Interfax news agency he considered India to be the first prospective buyer for the S-500 system. "Potentially, yes (India buying the S-500). I will tell you this: India is the largest exporter of Russian weapons, and we sometimes sell to India what we don’t sell to other countries," Borisov was quoted as saying by Interfax.

He added there were no agreements with India on the S-500, yet.

According to the Missile Threat database of the Center for Strategic and International Studies, one of the missiles used in the S-500 system can hit targets up to 600km away.

US intelligence claimed a test of the S-500 in 2018 struck a target 299 miles (around 480km) away, which was believed to be the longest range demonstrated by a surface-to-air missile.

The DRDO has been working on a ballistic missile defence system for India for a decade, which has been reported to be ready for induction. India is also due to take delivery of its first S-400 missiles towards the end of this year.

Analysts have suggested the S-500 would be a key part of Russia's 'anti access/area denial (A2AD)' strategy of preventing enemies from controlling airspace or territory by shooting down airborne systems such as airborne early warning aircraft, which are meant to operate away from conflict zones.

Development of the S-500 is believed to have begun in 2009, but has seen multiple delays.

Pavel Sozinov, the chief designer of Almaz-Antey, the company that makes the S-500, has claimed the system "is completely different" from the S-400. He was quoted by Aviation International News in 2018 as saying in "terms of design solutions, the S-500 is ‘completely different’ from the S-400, as more focus has been paid to automation. Besides, it comes with two cores, one specialized in engaging ballistic targets and the other tailored for aerodynamic ones…”

Sozinov had claimed the S-500 would surpass in performance the US Terminal High Altitude Area Defense (THAAD) system, which is meant to destroy ballistic missiles.