RSS distances itself from article against Infosys

'Infosys has made seminal contribution to the progress of the country' 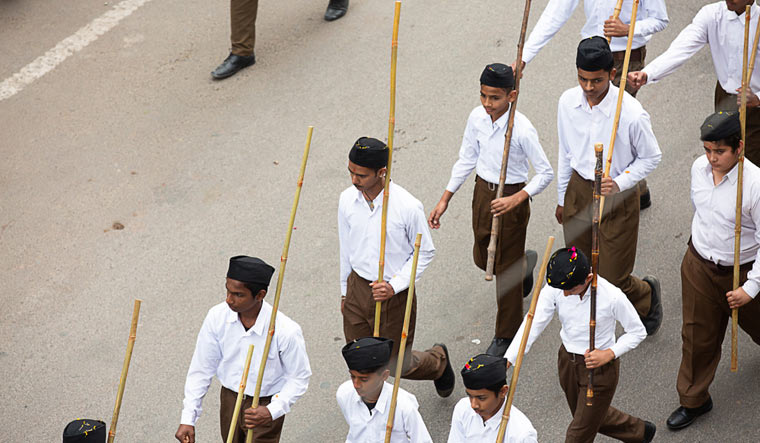 The Rashtriya Swayamsevak Sangh (RSS) has distanced itself from an article published in a journal associated with it, that had termed Indian IT giant Infosys “anti-national”and allied with “tukde tukde gang” on account of massive glitches in the income tax portal it built.

The article, published in Panchjanya as its cover story, had speculated whether there were “anti-national forces at play to sabotage India’s economic system” after noting that the glitches had resulted in growing mistrust against the tax system. It alleged that Infosys had been reported to be associated with “left-wing” and outlets aligned against Prime Minister Narendra Modi.

However, following a backlash against the article, the RSS have clarified that they do not back its views. Spokesperson Sunil Ambekar tweeted, "As an Indian company, Infosys has made seminal contribution in progress of the country. There might be certain issues with a portal run by Infosys, but the article published by Panchjanya in this context only reflects individual opinion of the author.”

"Panchjanya is not mouthpiece of the RSS and the said article or opinions expressed in it should not be linked with the RSS," he added.

Finance Minister Nirmala Sitharaman had given Infosys a deadline of September 15 to fix the glitches in the new income tax filing portal. In August, she told Infosys CEO Salil Parekh to resolve the issues, noting that she was disappointed as taxpayers were facing glitches even two-and-a-half months after the launch of the portal.

“The ministry of finance emphasized that there is a need for putting in more resources and efforts on the part of Infosys so that the much delayed delivery of agreed services is ensured,” the statement said.

Parekh said over 750 team members were working on the project, with Infosys COO Pravin Rao personally overseeing it.